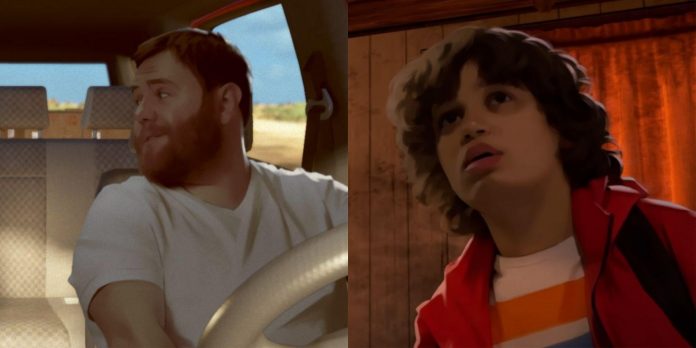 It seems cruel to demand improvements for an incredible game from a small Indie studio. Criticisms for As Dusk Falls have bordered on the outrageous, sometimes demanding they fully animate the game or put physics systems into the narrative.

RELATED: As Dusk Falls Shows a Gap in Crime Dramas for Gaming

Still, keeping in mind the limitations of Interior Night and respecting their game, there are some reasonable improvements to make to an already quality game. It appears there will be more chapters coming, so while the studio is planning to add to As Dusk Falls, they should keep a few of these fixes in mind for the existing game as well.

Spoiler Alert! Gamers should absolutely play the game for themselves at least once before reading this list. Major plot points are discussed.

10 Allow Players To Keep Vanessa Around

The relationship with Vanessa is a complicated one. Most gamers will want to make sure Jay gets saved and that requires her assistance. But robbing her of her normal life is indeed unfair. It’s understandable that, after a while, she’ll long for a regular life.

The issue here is that it’s impossible for Vanessa to stay around. Let gamers see her dissatisfaction over time. Let them see her curiosity about what could have been. Allow the players to decide for themselves to let her go.

It’s totally fair to keep the game short. As Dusk Falls already has a decently long run time, there’s plenty of content here. But when Jay learns about how his mother adopted him as her own, the scene is short. He either completely doesn’t care or gets a brief question in.

Yes, people should recognize that the people who raised you, not the ones who birthed you, are your parents. Yet there are still feelings to consider and memories to look back on. Give players a chance to see what Jay is thinking.

8 Explain How Tyler Went So Dark

As gamers were anticipating the release of As Dusk Falls, one of the leading selling points was the cast of characters. Generally speaking, the narrative does an excellent job rounding everyone out and keeping players unique and distinctive.

But there is a moment where Tyler changes character without explanation. He goes from a protective older brother to attempting fratricide in an instant. It’s not that Tyler can’t have this dark side, but gamers need more context for the shift to be believable.

Part of the brilliance of choosing an adventure is the number of outcomes. With one character, it’s tricky. With two characters, it’s really difficult to navigate. Detroit: Become Human had three characters and it took a huge studio to make that work.

Book One works so well because players are simplified to choosing for either Vince or Jay. By adding Zoe, Paul, Ash, and others, the number of outcomes is forcibly cropped. Other characters wind up written out. It’s fine to add more characters but stick to just a couple that the players control.

Ash essentially gets his own chapter at the start of Book Two. The shift away from the jaw-dropping action and violence is a welcome one and part of why As Dusk Falls feels like other cinematic movies. But after this chapter and his big decision, Ash fades back into irrelevance.

Before this, players are given incentives to invest their emotional connections to who they control. Ash’s decision at the end of the chapter is a huge plot point, but it’s not impactful for himself. Don’t tease this connection, either invest in it more or reduce the interaction to a short cutscene.

5 Fill In The Paul And Sharon Gap

Sharon has put together a series of unsuccessful heists in her time. When she interacts with Paul, she claims to have another get-rich-quick scheme, but she needs his help to do it. It involves robbing the illicit account that Dante has set up.

Players who go along with the plan end up seeing Paul and Sharon living in luxury on the beach at the end. Look, it’s not that Sharon can’t succeed. However, there’s a ton of complexity involved in cleaning out an account. That action needs to be detailed.

Part of what makes gaming narratives different than movie narratives is the amount of control given to the player. This keeps them engaged and interacting even when there is only simple exposition on the screen.

Some of the scenes, especially in Book Two, can get rather lengthy. It’s alright if the QTEs aren’t impactful, just keep the player doing something. If they mess up, the consequence can be stubbing a toe or something funny and lighthearted that doesn’t change the entire plot.

The game has plenty of huge choices. Saving Michelle or having her die feels meaningful and honors the decisions gamers made along the way. But there are a few big moments that hype themselves up as crossroads, yet the result is fundamentally the same.

RELATED: As Dusk Falls Shows the Importance of Game Pass for Indie Games

One issue with showing prequel events, like with the stranger and Bear in Book Two, is that the outcome is somewhat fixed. The decision feels big but ultimately does not matter. There are a few of these moments. Don’t yank the player’s chain by alluding to a chance to change anything.

2 Pick Vince And Michelle Back Up

Outside of an epilogue, a phone call, and an opening scene in Book Two, Michelle and Vince are dropped as a plot point almost entirely. Going forward, they stop controlling Vince at all. That makes sense from a practical standpoint, seeing as how Vince can die or live in the first Book.

Still, this robs the player of seeing many of their choices. Vince and Michelle can save the marriage, dissolve it, become a widow/widower, or change occupations. Although interesting, these results are completely irrelevant to the story in Book Two.

This is probably the biggest (rational) complaint about the game and for a good reason. Book Two drags heavily when it compares to Book One. From the opening chapter with Ash to the final destination with Zoe and Jay, there’s just too much silence.

This can happen when there are this many branches and choices to make; none of them can be fully examined. The game ends with a huge whimper after starting with a massive bang. Either go back and fix it or Book Three really needs to pick up the pace.

As Dusk Falls is available now for PC, Xbox One, and Xbox Series X/S.