Home Movies As Brad Pitt and Angelina Jolie’s lawsuit continues, will he sell his... 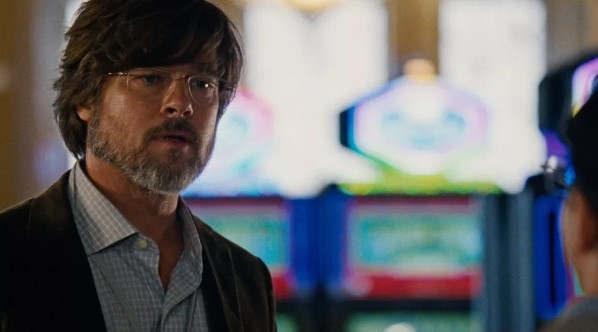 Brad Pitt may sell his production company, which has produced several Oscar winners.

The divorce of Angelina Jolie and Brad Pitt has been going on for many years, and despite the fact that the two are legally separated, it seems likely that the war for custody of the children, as well as the battle for the fate of the winery they owned together, and there is no end in sight. . However, now it turns out that the winery may not be the only business that will pass to another owner, since, as reported, Brad Pitt’s production company may also change hands.

Brad Pitt started Plan B in 2001, ironically, with his then-wife Jennifer Aniston. When they divorced, Pitt took over the company himself. Deadline now reports that the company is at least looking for new investors, but that it is also open to the possibility of a sale. Apparently, there are some interested parties, but nothing has progressed beyond the exploration stage yet.

It is unclear why Plan B is now looking for investors. Pitt’s production company has made significant strides in recent years, releasing such Oscar winners as “12 Years a Slave” and “Moonlight.” This year it’s “Blonde,” inspired by Marilyn Monroe, which included star Ana de Armas on the shortlist for a potential Best Actress nomination, as well as “She Said,” a film about former producer Harvey Weinstein and the sexual harassment allegations that led to him going to jail.

If Brad Pitt is considering the idea of a sale, then it looks like he’s at least ready to give up film production. Even a new investor will reduce Pitt’s authority in the organization, which he may be trying to achieve. In the past, Pitt has talked about possible retirement and that there are other things he likes. He recently made his debut as a ceramic artist, so maybe now he just wants to focus on other things in life.

It is also possible that Pitt’s desire to find an investor or buyer for his company is due to the fact that he needs money due to ongoing legal battles. Angelina Jolie continues to fight with Pitt over custody of their minor children. In addition to the divorce, Pitt sued Jolie over her sale of her share in the winery they own together, claiming that he was not properly consulted about the sale. Jolie also sued Pitt for, according to her, he tried to force her to leave the winery.

Whatever the reason, it looks like Brad Pitt will at least have a partner in his production company in the future. In the end, perhaps it will be a good thing that will help the company achieve even greater success. At the very least, the success that Plan B has achieved probably makes it a very valuable production company. Anyone who wants to buy it will probably spend a lot of money on it.