Home News As a result of Israeli airstrikes on Gaza, 10 people were killed,... 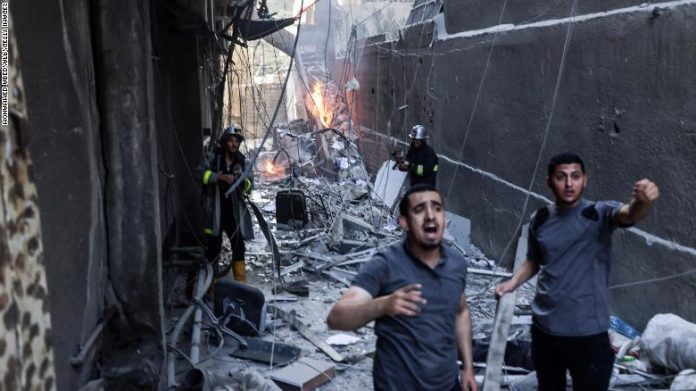 The Israeli military carried out deadly strikes on targets it said were Islamic Jihad targets in Gaza on Friday, as tensions between Israel and Palestinian militants continue to rise.

In a statement, Islamic Jihad said that one of its senior leaders, Taysir al-Jabari, was killed in an Israeli strike. He was the commander of the Quds brigade, the armed wing of Islamic Jihad, the group said, and a member of its Military Council.

The Palestinian Health Ministry said at least 10 people were killed, including a 5-year-old girl and a 23-year-old woman. According to him, another 55 people were injured. Israel insists that most of those killed were militants.

A CNN producer in Gaza saw medics carrying two bodies out of a building called the “Palestinian Tower”, which was damaged as a result of one of the strikes.

The Israeli army said in a statement that the military operation called “Dawn” was directed against Islamic Jihad, the smaller of the two main militant groups in Gaza.

The Israeli army stated that the main focus of its military actions was a preemptive air strike on Al-Jabari and strikes on two anti-tank detachments that were sent to strike Israeli forces.

During a conversation with reporters on Friday evening, an army spokesman said that the two detachments had been monitored for several days before the Air Force carried out its operation, adding that Israel has been facing an immediate threat for several days now, as two militant units came very close. to the fence separating Gaza from Israel. 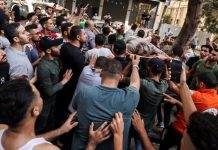