Home Sport “Arturo Vidal is the right man for Inter” 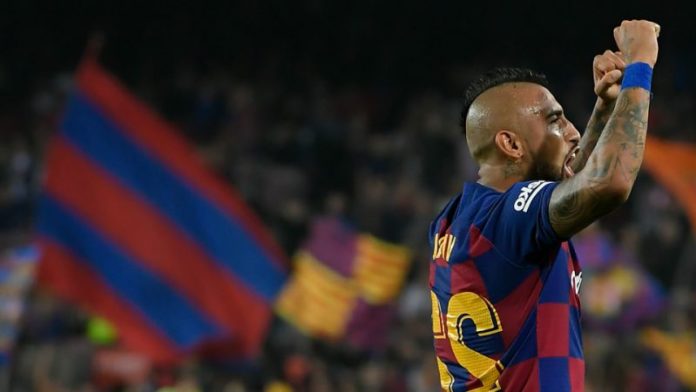 After Arturo Vidal made public his intentions to leave Barcelona in case he was not the protagonist for Ernesto Valverde, both the Inter Milan coach Antonio Conte, as the Lombard sports director Giuseppe Marotta, opened a door to the possibility of his return to Calcium after defending Juventus between 2011 and 2015.

In this regard, Sandro Mazzola, legend Nerazzurri during the 60’s and 70’s, referred to this chance stating that “Vidal is the right man. If the Chilean arrives, Conte will have to be good to put it in a context that now works wonders”, told the microphones of Calciomercato.it. He also referred to the present of the Lombard club, who after the 2-1 victory against the Spal climbed alone to the top of Calcio. “I’m a little surprised, but I really like how Inter is playing,” he admitted.

On the other hand, he applauded the exponential growth of Lautaro Martínez, author of the two conquests of the interistas in San Siro. With these goals, the Argentine forward accumulated eight celebrations in the League and thirteen in total in the course (five in Champions: Barcelona, ​​Borussia Dortmund and Slavia Prague). All in 18 commitments. “At his age it is not obvious to score many goals. I look forward to this player, I also admired him last year when someone criticized him. He can become an important player,” he closed.

While Riccardo Ferri, who reached the semifinal of the World Cup in 1990 with Italy, and former defender of the Lombard team, followed the same line. Of course, he questioned the contribution of the man from La Roja. “Arturo Vidal is a player that Conte and Marotta know how to handle. But the January market offers other ideas. A player must arrive to raise the quality, otherwise it is useless. It is not right to buy so much to do it. Conte and Marotta know if Vidal can alter the balance. For me it can give a lot from the point of view of the character, but I don’t know how important it can be in the future, “he said in dialogue with TMW Radio.

Finally, he had words for the offensive pair of the moment, which has Alexis Sánchez on alert. “Lautaro Martínez and Romelu Lukaku grew up as a couple thanks to their work. Today we can say that they are looking for a lot and have complemented each other. They have great qualities, even physical ones. Lautaro has more imagination than Lukaku, who knows how to make the team rise well “.

“This project took a decisive turn. Beppe Marotta loved Antonio Conte, who occupied the bench despite the dissent of so many fans. If he takes the leadership of this project, giving an important mark to the team, it will give him a sense of belonging (…) It is a newborn project, better not to get too excited, but we are on the right track. Difficulties will come, but we want to bridge the gap with Juve, “he closed.

It should be mentioned that the name of national value also emerged as an alternative for Manchester United before the possible departure of Paul Pogba. In fact, on the peninsula they say that the Red Devils have already contacted Fernando Felicevich, agent of the Colo Colo trainer, to add him to the next transfer market.

Michael Thomas addressed fans after returning to Saints – The Spun...