Home Sport Arturo Vidal and his relationship with Claudio Bravo: “We are not friends,... 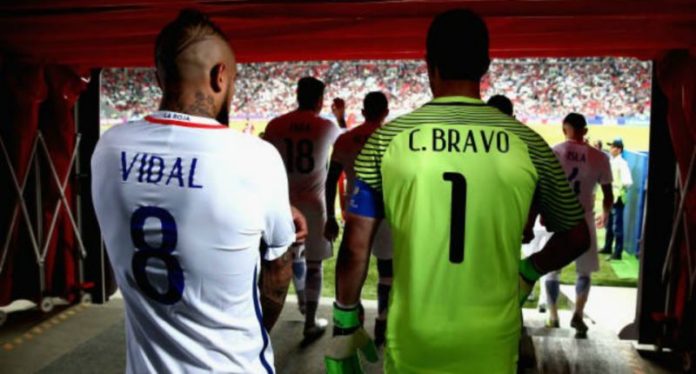 Arturo Vidal, a Barcelona flyer, spoke for the first time about the conflict he has with his partner in the Chilean national team Claudio Bravo, with whom he returned to coincide on the last FIFA date after two years.

In an interview with ‘El Mercurio’, former Bayern Munich confirmed that when they both concentrated in Alicante, where La Roja disputed friendlies against Colombia and Guinea on October 12 and 15, they did not settle their differences. In fact, he revealed that there was no dialogue.

“One of the two had to take the step and it wasn’t me, that’s why I didn’t get in trouble and each one trained individually. He gave everything, me too and the team saw it that way. We are not friends, nor will we be friends , but the National Team is the most important thing, “he said.

Regarding the criticisms that pointed it out, the one formed in Colo Colo confessed that “it bothered me, of course, and to this day I eat it. I have eaten it alone, with Gary and the biggest ones that have followed the process. When Rueda arrived we ate several trips to Japan. Having all these problems we try to get back to the national team, to fight the Copa América. It was very hard, we ate a lot of criticism, but we were like men and we accepted what the press said.

“I have said things and I do not have to say them to the press. I am man enough to tell things to the face,” he said. The talk, he added, was “nothing, there it was. I told him my way of thinking and that’s it. I don’t know if he understood, because since then we never talk again.”

As for the Reinaldo Rueda process under the national representative, the native of San Joaquin highlights that the best thing he has done is “open the range to many players, give them the opportunity, to know what it is to be in the national team. It is not easy to get and put on the shirt. It is not the same as in a team, where there is not so much pressure. In the selection it is necessary to give the maximum, not to take false steps in the qualifiers. ”

On the other hand, he analyzed the aforementioned replacement in the era of DT Caleño. In this regard, Vidal believes that this has cost “because there have been no players of the quality we had before. And it’s normal, because Chilean football is very low. When players have the opportunity to leave, they do so quickly, not because they have earned a name in Chile or are important, but because they are given the opportunity much easier than when we were, ”he said.

“I clearly made the decision (to leave Chile) because I felt prepared to go out to Germany, I was psychologically very strong and I came from beautiful things in Colo Colo, I had left three years champion and I had lost the South American. I was caught at a good time. The change was strong, but I knew how to endure it. The Chilean soccer player has changed a lot in that sense, he is very weak in his head, he is not as hungry as we were, ”he continued.

“I don’t know what it will be like with young players now, but it all cost us. We come from below with Alexis, with Gary, with Charly, with ‘Edu’. The first dream was to be a footballer. The second, get our families forward and, third, succeed. It also has a lot to do with the people around you and advises you, one at that stage has to know how to listen, ”he closed.