Home Entertainment Arturo Pérez-Reverte Positions Himself In Favor Of The Video Game: “It Is... 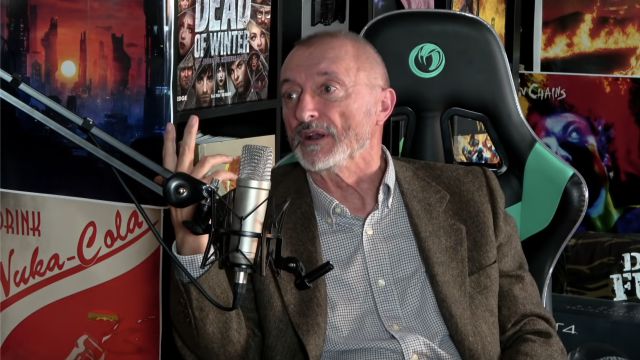 Arturo Pérez-Reverte launches a plea in favor of the video game during the interview he gave to The Wild Project, Jordi Wild’s podcast. Arturo Pérez-Reverte is in favor of the video game as a means of expression and entertainment in the future. He has confessed this in an interview with The Wild Project, the podcast hosted by Jordi Wild. The writer talks about the novel and what perspective he has on the leisure consumed by young people raised in the XXI century.

Arturo Pérez-Reverte: “If I were a young writer now, I would be a video game writer” allegation

“Human beings need stories, someone to tell them things. Imagination, learning… all of that is based on stories. Before it was the oral story, then it was the novel, but in the 21st century the support is different”, Reverte begins. “If I were a young writer, I would be a video game writer. I wouldn’t write novels. The novel is sentenced as such, physically and as a concept. […] The future support is going to be different: the podcast, the video game… the story is going to go there”.

Reverte confesses that he “prefers his world”, but does not deny the means that have appeared throughout his life. “In 20 or 30 years the book will be a cult object for exquisite people who enjoy paper and who collect old books.” For what is this? Reverte says the change is “not dramatic” because “such is life.” “The problem comes when the reader does not demand quality and in-depth content from the video game or the podcast. When you settle for banality, superficiality or mediocrity. That is the problem”, he stresses.

The writer reveals that the adaptation of Uncharted to the big screen interests him because “it is the treatment that the future is going to give to stories.” “I learn from young people. A young man who is watching Uncharted or the Assassin’s Creed video game, or whatever… I look at him and I see him react, I see him act, I see what that leaves him and influences his life… I see him and I am learning from the human being. I am seeing the future in that young man who plays video games, ”he concludes.

LoL: Silco Of Arcane Will Be Added To Teamfight Tactics