Pollution is a big problem for many cities in China and now everything indicates that the country has managed to find a way to alleviate it through artificial rain. The technique was used in July this year after an event that celebrated the centenary of the Communist Party, according to the South Morning China Post.

According to documentation published by Tsinghua University, the technique involved dispersing silver iodide particles into the atmosphere around Beijing, which caused the artificial rain that reduced air pollution at the site by two-thirds about two hours after the end. of the celebration of the Communist Party. 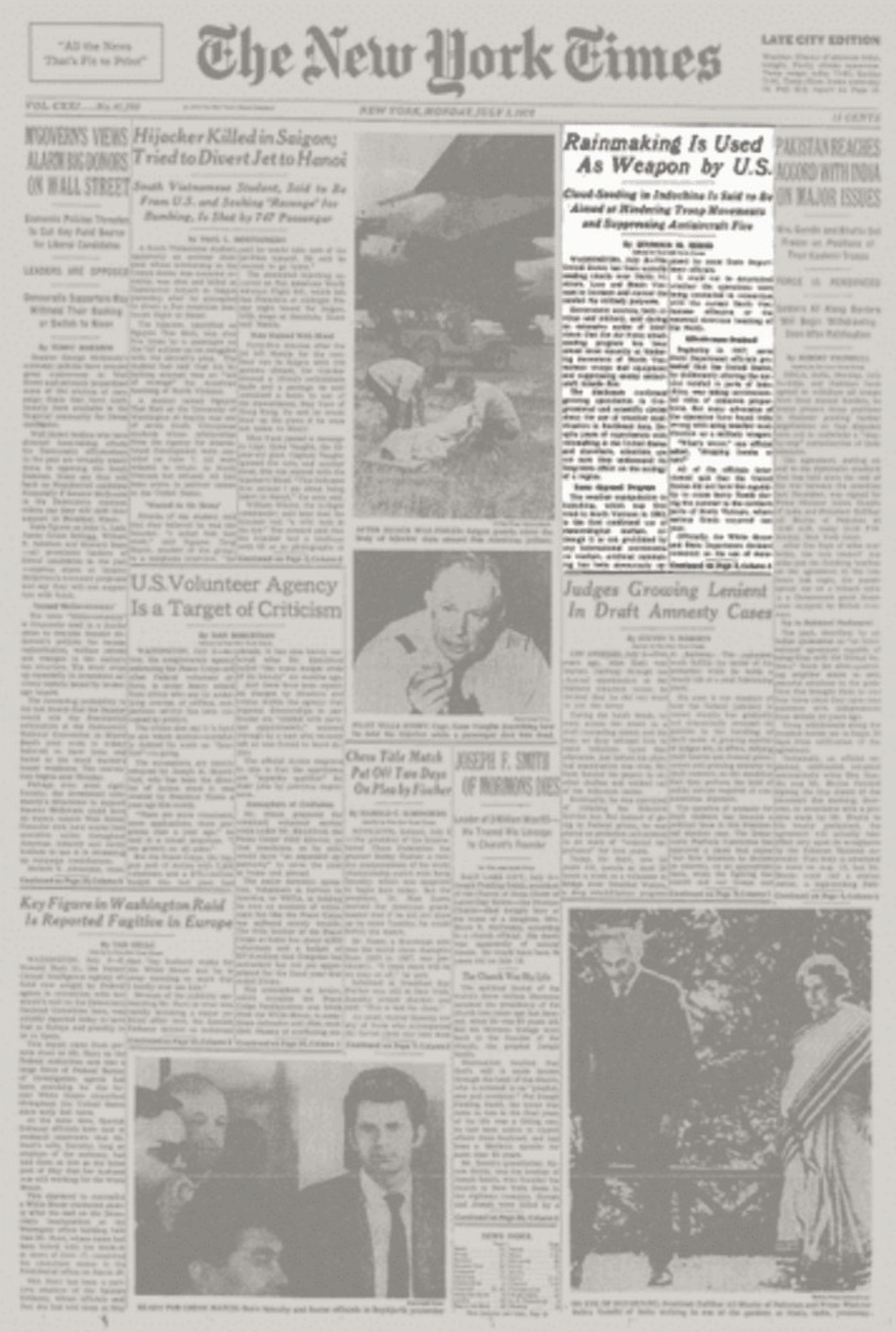 However, it is worth noting that the technique is not new, as China has been trying to create artificial rain since the Beijing Olympic Games in 2008 and the United States has also been researching ways to use the so-called “cloud seeding” since 1970, like you you can see it in the 1972 edition of The New York Times, where the experiments were exposed because they were carried out in Laos and southern Vietnam.

According to The Guardian, people reported witnessing the launch of rockets just before the rain hit in July, so presumably they were intended to disperse the silver iodide into clouds.

Despite the concerns of international authorities about this type of artificial change in climate, the Chinese government says it is aware of the consequences and will invest even more in this type of initiative, reserving 14.24 million square kilometers of its territory for research related to cloud seeding .

To handle these responsibilities, we need new laws, new regulations and new treaties.

China still defends the project alleging that several benefits should result from it, such as reduced pollution, improvements in agricultural practices and general improvements in the quality of life for the entire nation, as studies predict major climate changes due to global warming.