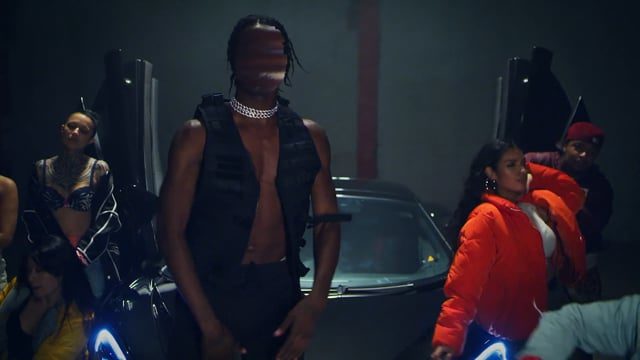 The song produced by Travisbott:
The company’s creative director, Ned Lampert, answered the question of why they chose Travis Scott, reminding him that Scott was a unique artist and produced aesthetic and visual aesthetic works. Lampert states that they gave Scott’s lyrics and compositions to artificial intelligence for two weeks and that the song ‘Jack Park Canny Dope Man’ eventually appeared.

Travisbott had been writing words about food at first. The resulting product was a terrifyingly normal song and music clip. The song’s melody looks a lot like the original Travis Scott songs. In the song, Scott’s usual “It’s lit” and “Straight up” improvisations appear throughout the song.

Should artists pick up their bags and leave the job of making music to the robots? Although the answer to this is not yet clear, maybe we can expect the ‘Best Artificial Intelligence Artist’ award category to be placed in the Emmy Awards in the coming years.

Travis Scott has also been on the agenda with his birthday party for his daughter, Stormi, in recent weeks. Scott and his wife Kylie Jenner had a ‘Stormi Land’ built for their daughters.

Finally, Microsoft Adds The Clock And Date To All Connected Screens