Even the best photographers occasionally take blurred photos. This is probably not yours; It is the crime of the camera, the light or the wind that causes you to shake, but with the artificial intelligence developed, you no longer have to worry about blurry photos.

A group of researchers from Duke University said that the latest algorithm developed outperformed other photo correction methods. Maybe you won’t look different than you are, but the photos you take will be clearer than ever before. The tool was developed by Duke University researchers as a new approach to photo correction. Working principle of artificial intelligence; The most similar to the photo you upload is through searching in its own HD face archive. The system stops when it finds a compacted face of the same size.

Photos; The two neural networks are created by using productive contentious networks that produce new visuals by hitting each other. The team says it can turn several pixels up to 64 times more realistic faces. The researchers claim that the artificial intelligence they use can ‘imagine’ elements such as wrinkles, eyelashes, beards, which can be vaguely selected in the original of the photo, and they also think they can create images for a range of other applications, from microscopic images to satellite images.

From a few pixels to HD images:

Although artificial intelligence, hair and jaw structure change several elements in the original photo, it is very successful in terms of resolution. “An image of this resolution had not been brought up to such a super-resolution level in such detail,” said computer scientist Cynthia Rudin from Duke University, who led the research team. You can experience this artificial intelligence by visiting the website where the team and its projects are located.

In the past days, in a project done by the Dutch photographer, an artificial intelligence created the real face of the emperor using the drawn pictures of Napoleon. The face of Napoleon Bonaparte was turned into a lifelike portrait with the help of an artificial intelligence. During his lifetime, a portrait of Napoleon, created by painters such as Jacques Louis-David, Horace Vernet and Vasiliy Vereşagin, was created thanks to Dutch photographer Bas Uterwijk. You can reach the real face of Napoleon here. 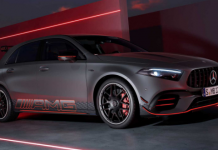 The Mercedes-Benz A-Class of 2023 is presented: beautiful and hybrid… 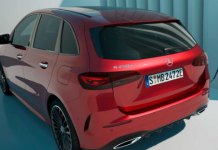 The Mercedes-Benz B-Class of 2023 is presented: a luxury car for a large family… 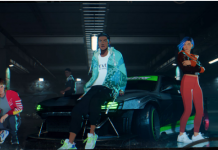 Need for Speed Unbound is officially presented: tearful price and much more

FPV drone video is on the social media agenda!