Google continues to add new features to the video calling app, Google Meet. Thanks to the noise canceling feature to be added, the software is aimed to compete with Microsoft Teams and Zoom.

United States-based technology giant Google continues to add new features to its video conferencing application. As you know, the coronavirus epidemic, which affects the world, has brought a ‘new’ order to our lives. One of the new situations that the epidemic brought to our lives was the remote working system. As such, the interest in video conferencing platforms, especially Zoom, has increased.

Software giant Google, which wants to increase its market share with Google Meet, which is one of the subject platform, aims to compete with its rival Zoom, Microsoft Teams and Skype by adding new features to the platform regularly. Google has built-in noise canceling into the software, formerly Hangouts Meet. It should be noted that the idea of ​​this very important innovation belongs to Serge Lachapelle, G Suite Product Management Manager.

Meetings with ‘Denoiser’ are possible as in the office:

The basis of this new feature, called ‘Denoiser’, is based on a machine learning technology that suppresses outside voices outside the conversation. As you will see in the video we shared at the end of the news, Serge Lachapelle shows everyone how the feature works by making noise with things like cracker bags, pens and cups. Lachapelle says this feature is ideal for users who have a small child or pet in their home.

The feature is still in development and it is a matter of curiosity how this new noise canceling system will distinguish between different sound ranges and nonhuman sounds. In addition, the software giant Google also offers end-to-end encryption on the platform. Let’s say that the new noise canceling feature will be available through the web version of Google Meet after coming to Android and iOS platforms.

What do you think about this new feature that Google offers for the Meet platform? Do not forget to share your thoughts with us in the comments section. 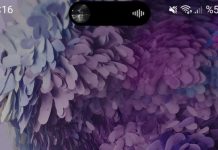 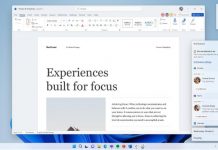 First major Windows 11 update released: here are all the features 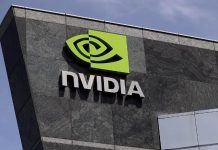