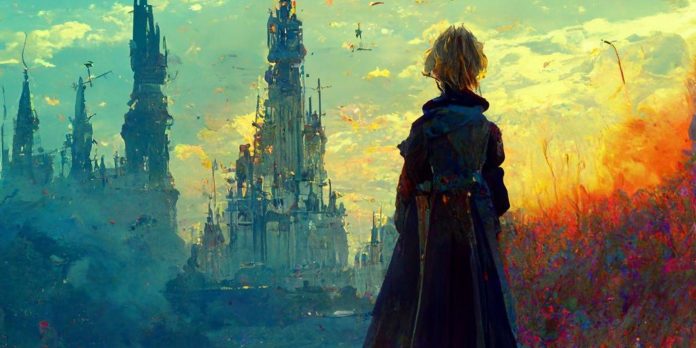 Final Fantasy 16 hasn’t even been released yet, but the MidJourney artificial intelligence program has already figured out what Final Fantasy 17 might look like. Although the main Final Fantasy series currently consists of 15 games, the series has become famous for the fact that each of its sequels differs in plot and style. Final Fantasy continues this tradition of sequels with FF16, despite the fact that its atmosphere pays homage to earlier games in the series.

Since its debut in 1987, every Final Fantasy game has introduced players to new worlds populated by wonderful characters such as Cloud, Lightning, Squall and Noctis. Final Fantasy has also become a legend for various developers, such as directors Hironobu Sakaguchi and Yoshinori Kitase, composers Yoko Shimomura and Nobuo Uematsu, as well as artists Tetsuya Nomura and Yoshitaka Amano. All these names helped bring to life the world and atmosphere of their specific games, each of which provided Final Fantasy fans with a new experience in visual effects, music and culture. Even the upcoming Final Fantasy 16 will be different from the others, as this is the first Final Fantasy setting that does not use American voices.

While it’s impressive that an AI program can quickly create such beautiful works from simple descriptions, it raises some troubling concerns about the future of professional artists. Most upsetting of all is the possibility of reducing the employment of visual concept artists in the face of potentially more affordable AI alternatives. Another potential consequence of the normalization of this practice is artistic homogenization, which may lead to the fact that there will be no individuality in future visual media products. This would be especially tragic for series like Final Fantasy, whose art, both official and created by fans, is celebrated both by the community and the industry as a whole.

Despite these concerns, the images obtained as a result of the Aitaikimochi MindJourney experiment are quite stunning and give a clear idea of what the sequel to Final Fantasy 16 might look like. In an ideal world, professional artists can use programs like MindJourney to focus their creative thoughts and thus be able to create more complex pieces for their work. Concept art is an unspoken but valuable cornerstone of video game development, as evidenced by the general novelty of video game artbooks as collectibles. Let’s hope that after more than 30 years, Square-Enix has realized how necessary artists like Nomura and Amano have become for the Final Fantasy line, and that in order to breathe life into fiction, a living passion is needed.

Here we go again: Jessica Rabbit is redesigned and the ‘lack...