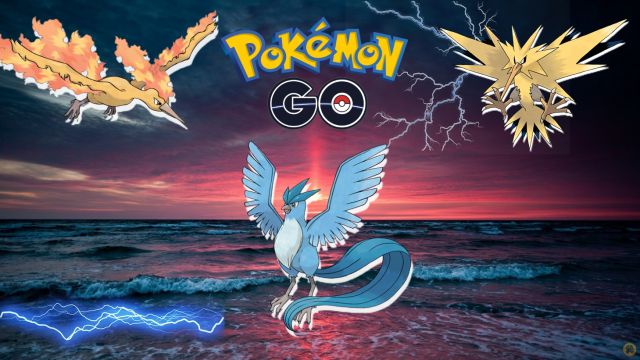 The legendary birds of the Kanto region return to Pokémon GO for the Kanto Celebration Event. We detail the best strategy.

Articuno, Zapdos, and Moltres are temporarily returning to Pokémon GO. The Kanto Celebration Event for the saga’s 25th anniversary is about to begin. Unlike the Pokémon GO: Kanto Tour (paid event), this new meeting invites us to follow the facts of the countdown of this great event for the saga.

After the events of Kalos, Unova, Sinnoh, Hoenn and Johto, the legendary birds of the Kanto region return through the big door, so we are going to explain how to defeat Articuno, Zapdos and Moltres in Pokémon GO.

Articuno, Zapdos and Moltres in Pokémon GO: dates and details

The event starts on Sunday, February 21, 2021 at 10:00 a.m. and will run until March 1 at 08:00 CET. On Sunday 28 there will be a special opportunity from 11:00 to 14:00 local time. It will be then when we can face both Articuno, Zapdos and Moltres as well as Mewtwo in the legendary level 5 raids; all can be shiny / variocolor. Likewise, there will be rotations in the level 1 and level 3 raids, so we invite you to be very aware of your closest PokéStops.

Articuno is an Ice / Flying type Pokémon with 40,165 CP in level 5 raids, it is a simple confrontation, but we must be careful if it attacks us with movements like Blizzard, its best loaded. It has 192 ATK, 236 DEF, and 207 RES. These are the best opponents today. Has x4 weakness in Rock type.

The Fresh Prince of Rap: You’d never guess who refused to...