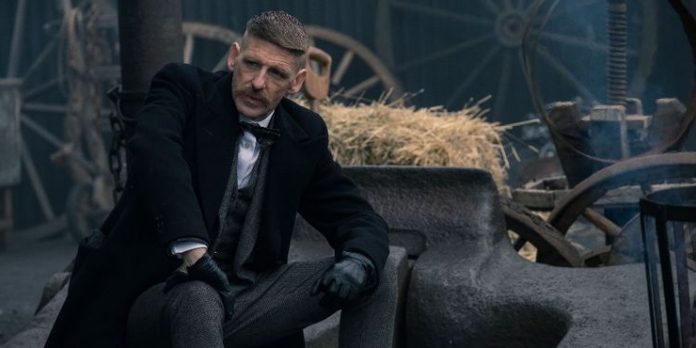 Arthur Shelby (Paul Anderson) may be a fan favorite on Peaky Blinders, but that doesn’t exempt him from the horrendous acts he’s committed throughout the series. Here are some things that don’t make sense about his personality.

Arthur Shelby (Paul Anderson) was shown suffering during the first season, and fans could see that he was turning into something unpleasant. What no one expected was that Arthur would attempt suicide just because his father didn’t care about him.

It was not an attempt to kill himself; it seemed more like a plea for himself to appreciate his life more. Tommy and John, his two brothers, never fail to remind him that he couldn’t even kill himself, compounding the already complicated situation in Peaky Blinders.

Linda Shelby (Kate Phillips) brought a change for the better in Arthur Shelby’s life, although she felt it was only a matter of time before she lost him again. For a time on Peaky Blinders she was never engaged in the act.

Deep down, Arthur knew he needed the chaos around him, as he emulated the war he had experienced. He was a mere actor trying to be something he wasn’t, and it certainly wasn’t working for him in Peaky Blinders.

Linda and Arthur Shelby are a very odd couple, to say the least. Their individual beliefs are drastically different, and it doesn’t make sense how they approached each other in the first place.

Fans weren’t that attached to their relationship either, as their love story was not shown. In season five, in particular, the relationship took a dark turn when Arthur made some very questionable decisions.

See Also
Who Betrayed Tommy Shelby? The 3 most likely suspects

Although Linda Shelby (Kate Phillips) had the well-being of Arthur Shelby (Paul Anderson) in mind, she was only smothering him with his intense emotions. The couple was never going to last on Peaky Blinders.

Gigi Hadid is throwing a birthday party for Zayn Malik!

Video Justin Bieber breaks down in tears for Billie Eilish