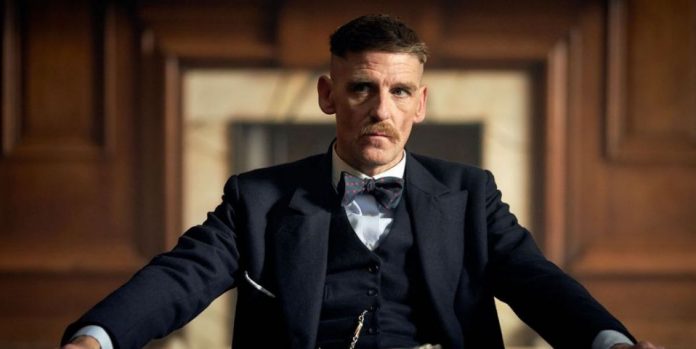 For his part, Arthur Shelby (Paul Anderson) will have to face demons from his past when a familiar face returns in Peaky Blinders. Recall that Linda Shelby (Kate Phillips) was last seen in the BBC drama in season five when she recovered from a shot by Polly Gray (Helen McCrory).

However, will his return from her put Arthur’s life in danger when his wife finally gets the revenge she craved before she left? Actress Kate Phillips has been seen on the set of Peaky Blinders after the show got the go-ahead to resume filming.

In turn, the drama has to delay production due to the coronavirus pandemic, but the sixth season is finally up and running. In leaked images from the set, Kate was seen alongside Paul, but it is still unclear why Linda will return to Birmingham.

Likewise, in the fifth season, Linda got tired of the Peaky Blinders style and began to seek a divorce and Lizzie Shelby (Natasha O’Keefe) advised her, but Linda increasingly distanced herself from her husband to get closer to a widower.

But when Arthur (Paul Anderson) finds out about the other man, he draws the wrong conclusions and brutally attacks him. For that reason, Linda is enraged by the behavior of her husband and decides to kill him, but Polly stops her and shoots her in the arm.

After he removes the bullet, Arthur pleads with his wife to reconsider her marriage, but Linda refuses and leaves the family forever. Eventually she Linda insisted that she wanted nothing more to do with her husband and her family, so what reason could she have for returning herself?

She and Arthur share a son Billy Shelby (Etahan Picard-Edwards) and the returning character may be spurred by her son’s interest in her father. However, Linda could pretend that she wants to start over with Arthur and give him the opportunity to be there for her son.

So Brother Shelby’s life could be at stake when Linda’s true motive for revenge is exposed. Will Linda return to the Shelby family to kill Arthur once and for all? Don’t forget that the BBC series Peaky Blinders is available on the Netflix platform.