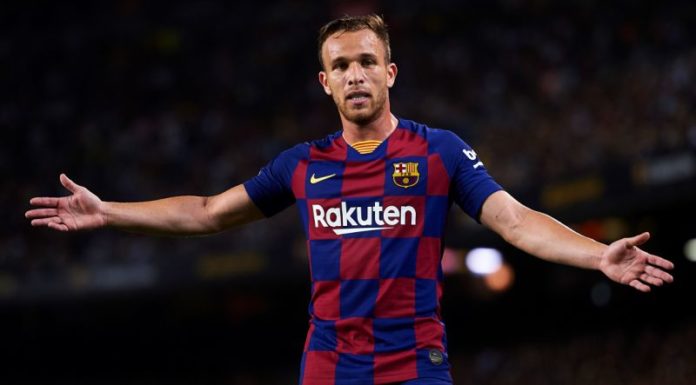 Arthur Melo wants this to be his season. In the previous one, the one of his debut, the Brazilian was growing during the first half until a thigh injury during the month of February truncated his progression and he did not return to recover the level he exhibited, for example, in the 2nd to 4 in Wembley in front of Tottenham. Despite the good feelings he left in the first leg, he barely gave two assists throughout the campaign and only completed five games. Today it has a rhythm that allows us to think that it will double these figures.

In fact, this season he has already distributed four assists, twice as much as in the previous one, and accumulates three in a row in the last three games, the same baggage as in his previous fifty strings. In addition, he has played the ninety minutes twice and his presence with Frenkie De Jong and Sergio Busquets is already the most used training by Ernesto Valverde this season in the wide area. It is evident, then, that Arthur has taken a step forward and the coach is giving him a ball in the team’s engine room.

The Brazilian is a generous footballer. This is evidenced by the fact that his six assists have been to six different players. The first was Philippe Coutinho but last year Ivan Rakitic would also score after an assist from the Brazilian. This season the winners have been Luis Suarez, Arturo Vidal and Ousmane Dembélé, as well as Leo Messi. The Rosario was the last beneficiary of Arthur to open the scoring against the Slavia of Prague and allow a game that would end up putting the Barça squad uphill. With Arthur, however, everything is easier.