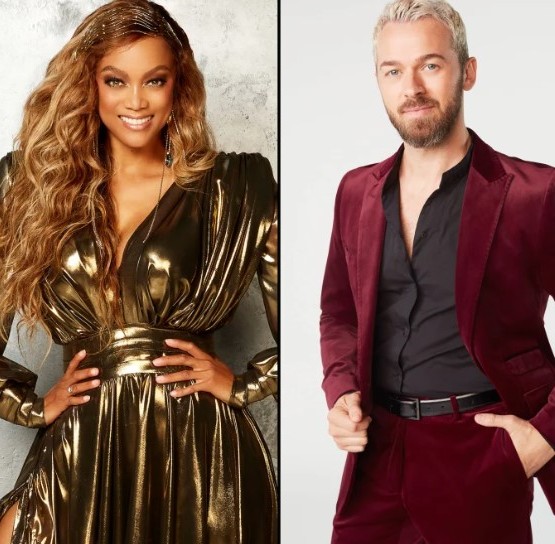 His own set of questions. Artem Chigvintsev responded to rumors that Tyra Banks may leave the post of the host of Dancing with the Stars, and the professional dancer does not know as well as the fans.

The native of Russia noted that decisions concerning the next season should be made public by August. “I feel that we have a lot of time ahead of us now. Therefore, we have no information about this,” he added. “We’re definitely not the first to find out what’s going on.”

DWTS viewers wondered if the 48-year-old Banks would return to the dance competition series amid his transition from ABC to Disney+. The streamer has not yet confirmed who will host the 31st season of Dancing with the Stars.

The California native was previously a presenter in 2020. Her arrival came after Tom Bergeron and his co-host Erin Andrews were fired from the show. 66-year-old Bergeron was the host for 28 seasons, and 43-year-old Andrews appeared in 2014 after participating in competitions.

At the time, the sports commentator admitted that finding out about her departure was “a very big bummer.”

“I didn’t have much time to deal with it. They called me — we were on the lawn with my dog and my husband—and they called me and said, “You know, so-and—so from ABC wants to talk to you,” and I was like, “Oh, shit,” she recalled in the podcast “Token CEO” in July 2020. “I felt sorry for myself, and I thought: “It’s a terrible time to lose my job” because we don’t know when the live broadcast will return. It’s a difficult job.”

Bergeron, for his part, later explained that he expected to part ways with DWTS before being fired.

“Frankly, the show I left wasn’t the show I loved,” he said on an episode of the podcast “Bob Saget Is Here for You” in October 2021. “So, the end of the season, which turned out to be my last season [in 2019], I kind of knew. So I took everything from my dressing room that I really wanted. … It was obvious that we were sort of butting heads.”

Earlier this month, Banks made headlines when Brooke Burke claimed the model was a “diva” behind the scenes. “There’s nothing wrong with that, and I’m not saying anything bad about her. Be a diva,” Burke, 50, said on the “Behind the Velvet Rope” podcast on Wednesday, April 13. “It’s [just] not the place to be a diva. Your professionals are divas, your winners, your perfect dancer with 10 points who has never done it — that’s what defines a diva in the ballroom.”

The fitness guru also reflected on Banks’ “difficult transition” to DWTS. “Change is hard for everyone. They’ve been through a lot on this show, that’s for sure,” Burke added. “You’re just not a star as a presenter. It’s just not about you as a host, right? So, yes, I think Tyra is great in her brilliant role. I’ll just say it.”

V and Conan Gray could have a collaboration