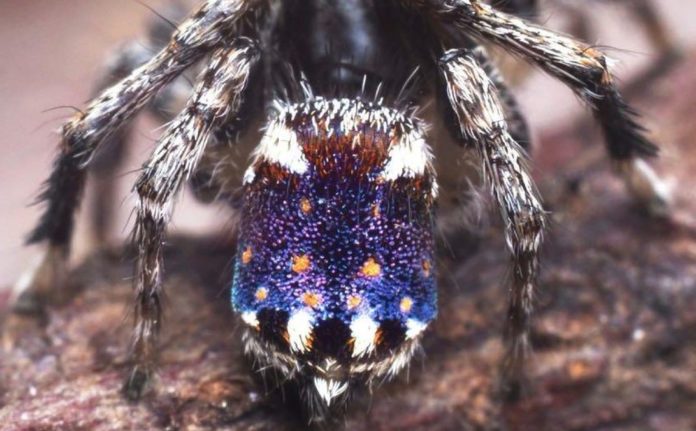 Amateur scientists and arachnologists in Australia have discovered seven new spider species. The colors and patterns of one of these spiders resemble Vincent Van Gogh’s Starry Night painting.

There are two paintings that everyone who knows from the edge of the art of painting knows: Da Vinci’s Mona Lisa and Van Gogh’s famous painting Starry Night. It seems that the Starry Night inspires not only artists after Van Gogh, but also spiders.

Arachnologists and amateur scientists who study arthropods, such as spiders and scorpions, have discovered new species of spiders in Australia. Among the 7 peacock spiders discovered, one in particular attracted a lot of attention

Spider resembling a Van Gogh painting
The spider and his other friends, called Maratus constellatus, were introduced with a tweet by the Melbourne Museum arachnologist Joseph Schubert. Schubert tweeted, “Meet seven new species of Australia. Last year, I traveled around the country collecting new peacock spider specimens (some found by amateur scientists) and spent endless hours studying them in the lab. Some good news in difficult times. ” announced with expressions.

The researcher’s work was published in a scientific journal, Zootaxa. While Schubert introduced new spiders in this article, he also revealed the name of one. Schubert’s reason for choosing the name Maratus constellatus was because the spider had patterns that resembled the Starry Night painting. Constellatus means “star” in Latin.

Great success from amateur scientists
It is actually a huge success that some of the peacock spiders were discovered by amateur scientists. These people who work in this field, where not many people are enthusiastic, not only discovered spiders, but also determined the areas they live in.

Peacock spiders are pretty small spiders, and they don’t like looking at people either. The length of these species varies between 1.5 millimeters and 7.5 millimeters. Their patterns are harder to spot, and at first glance they look like ordinary brown spiders.

Peacock spiders are known for their interesting dances and feathers that sometimes evoke images such as skulls and elephants. With the newly discovered, the total number of members of the genre has increased to 86. Schubert thinks that there are many peacock spiders to discover. You can watch the video of the researcher introducing new species below.