Home Celebrity Arrowverse: a new Robin planned for the future 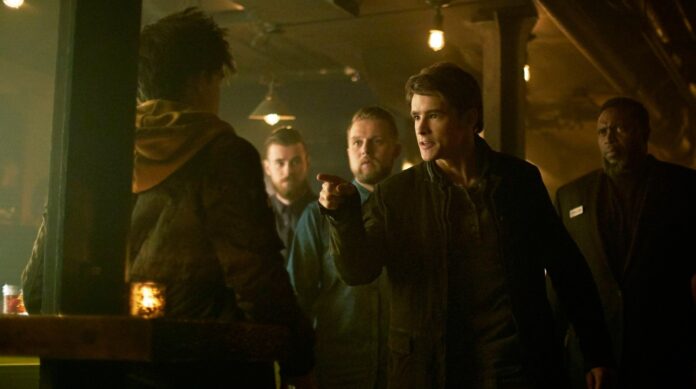 While nearly every member of the Arrowverse’s Justice League has appeared in one form or another, Batman remains an enigma. With the current exception of the Titans and Batwoman, Batman is still unable to properly appear on the small screen.

At some point, the Arrowverse needs to find a way to solve this problem, as Batman cannot be lost forever in this representation of the DC Universe.

Superman & Lois is the next spinoff to premiere on The CW, as Tyler Hoechlin’s Superman officially becomes a permanent resident of the Arrowverse. The spinoff will feature not one, but two potential new heroes with Jonathan and Jordan Kent.

One way for the Arrowverse to be less upset with their Batman issue is by introducing Robin, a specific one. Batwoman has even confirmed since season one that there is at least one Robin in the Arrowverse.

By introducing Damian Wayne, Bruce Wayne’s biological son, as Robin, it would add something for Jon and Jordan in the future as they become more important players in the Arrowverse franchise.

By bringing in Damian, it would also help establish what the Batman timeline looks like in this Arrowverse universe. It could solve mysteries like how many Robins has Batman had during his crusade before having Damian.

Through Damian, the Arrowverse is able to break free of his Batman problem by allowing another member of the Bat-Family to be present alongside Ryan Wilder, who will become the new Batwoman of the Arrowverse.

It’s a double win for the Arrowverse franchise, as it gives The CW a Robin without coming into conflict with the Titans. But on top of that, it may be a setup for Superman and Lois to do the Super-Sons dynamic going forward.

Sean Bean Isn’t the Only Actor Turning Down Characters Who Die...

THE NEW LOOK WITH WHICH BAEKHYUN WILL COME TO MEXICO