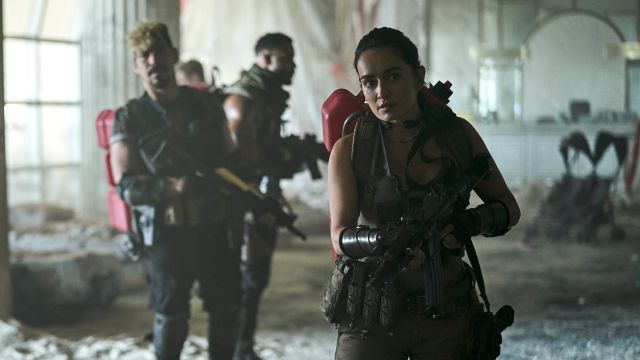 Army Of The Dead: The director of The League of Justice, Zack Snyder, is responsible for the new zombie apocalypse looming on the platform. Army of the Dead, Zack Snyder’s new movie, is about to be released. The film has been financed by Netflix, but viewers who want to enjoy it on the big screen will be able to do so a few days before.

Release date on Netflix and theaters

The feature film will visit the cinemas from Friday, May 14, while its debut on the platform will take a little longer, specifically until Friday, May 21. That is, a week after its arrival in theaters.

The official synopsis reads the following about the film: “A zombie epidemic has been declared in Las Vegas. A group of mercenaries decides to enter the quarantine zone to carry out the biggest coup in history ”. Because yes, since the world is mired in debacle, why not steal a few tickets, the protagonists will ask themselves. For 2 hours and 28 minutes we will be able to immerse ourselves in a vibrant and action-packed feature film, in which of course there will be no shortage of shots or hungry zombies.

Army of the Dead has among its cast actors such as Dave Bautista, Elle Purnell or Omari Hardwick. Although Zack Snyder is well known for his adaptations of DC superheroes (Watchmen, Man of Steel, Batman v Superman and Justice League), the director has also taken his first steps in zombie movies. Not surprisingly, his is the remake of the mythical Dawn of the Dead.

Although Army of the Dead has yet to be released, Zack Snyder is already working on a new movie. The movie theater recently revealed that its title will be Army of Thieves and that it will be a plot prequel. It will occur during the first days of the pandemic, which has begun to spread throughout the territory. Netflix has also given the green light to yet another product, an animated series.