Home Entertainment Army Of The Dead: Movie Watched By Zack Snyder Has Been Released 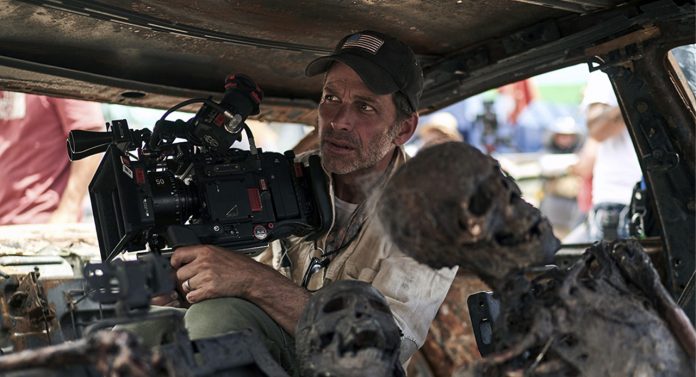 Army of the Dead viewership has been announced. How much has Zack Snyder’s high-budget productions Army of the Dead been watched? Netflix answered that curious question.

Army of the Dead film, signed by experienced producer Zack Snyder, who is known for his successful productions in the cinema industry, came to the screens last week. The film, which was shot with a budget of approximately 90 million dollars, was screened in cinemas in the first place. With the sale of its digital broadcasting rights to Netflix, it met its audience in 190 countries at the same time.

The number of views of the movie Army of the Dead, which was highly appreciated by those who like the productions about the zombie universe, has been announced.

Netflix announced that Army of the Dead has been watched 72 million times in the first week since its release. It is stated that the film has been placed at number 1 in Netflix libraries around the world. The Army of the Dead, which has already taken its place in the most watched list, is expected to become one of Netflix’s most popular movies in the next four weeks.

With its gripping storyline, Army of the Dead reaches Las Vegas after a zombie epidemic. A group of mercenaries led by Dave Bautista take the opportunity and plan to rob an abandoned casino. But on the other hand, the zombie hordes are already chasing the soldiers and the events are developing.

Zack Snyder aims to appear with an Army of the Dead prequel series soon. Experienced actress Matthias Schweighöfer of German origin will take the lead role of the series, which we know that Netflix also gives the green light. The anime series, which is also signed by Shay Hatten, one of the screenwriters of the Army of the Dead, will convey another story set in the same zombie universe to the audience.