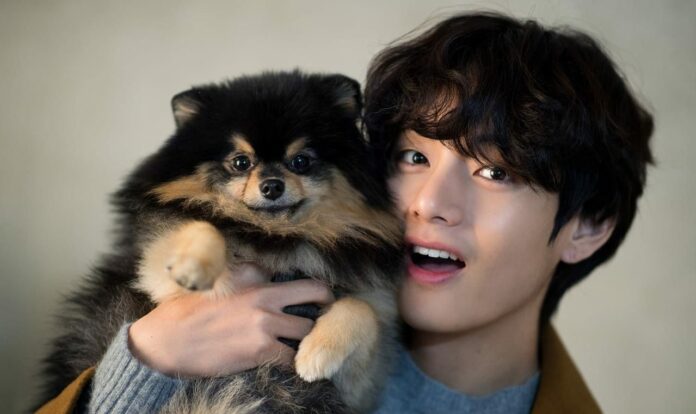 ARMY celebrates the birthday of Yeontan, V’s adorable pet turns 3. In addition to having his 6 fellow BTS members, Taehyung has shared great moments with his Pomeranian dog, whom he adopted a long time ago in order to give him love and all possible care, he even hired a trainer to help him as he had health problems. Today, the fans are celebrating their special day.

Through social networks, ARMY trending the hashtag 3 # YearsWithYeontan and Tannie to celebrate the birthday of V’s pet, fans have shared various messages of congratulations and love for the Pomeranian puppy who came to life as the idol. a little puppy and is now 3 years old.

Since 2017, Taehyung decided to adopt him, since then he has become one more member of BTS, he has lived different moments with Jungkook and Jimin, he has even done mischief against Suga, because on one occasion he peed on his wool hat, LOL ARMY has also posted her favorite photos and videos of Yeontan alongside V.

To celebrate Yeontan’s third birthday, some ARMYs organized to make a donation to an organization that fights for animal rights. The fans also appreciated that V had a special being in his life that makes him happy, both have even starred in a photo shoot, without a doubt, the dog is man’s best friend.

In the congratulations to Yeontan, ARMY assured that the idol is happy with him, he has even shown himself as a protective puppy for V; When he is on tour, he has confessed that he misses him a lot, he has also published photos on BTS’s social networks on several occasions. Do you also have your favorite furry? Happy birthday, Yeontan!

BTS also celebrated the new 4 Guinness records that they added to their career thanks to Dynamite.

Lili Reinhart had a big rage against cosmetic surgery