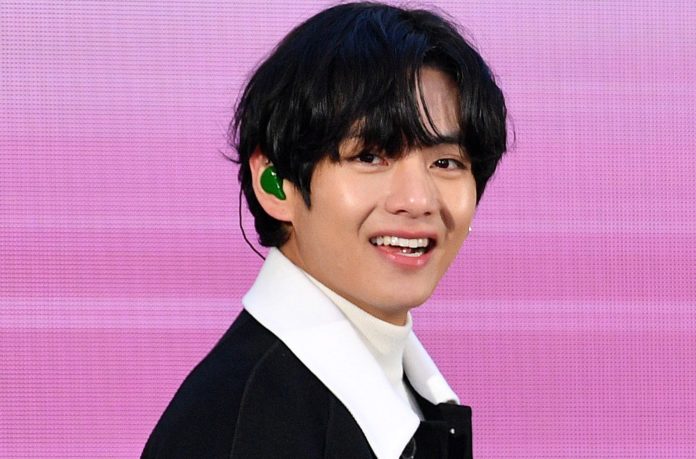 The furor was swift as this emotional song has become an idol classic.

Time flies and you won’t believe what V has accomplished with this song.

‘Sweet Night’ was released on March 13, 2020 , in the voice of V , a special collaboration that is part of the OST of the drama ‘Itaewon Class’which has 16 chapters on jTBC television, where I work as a team with: Hiss Noise, ADORA, Melanie Joy Fontana and Michel Schulz to make the track more than incredible.

This melody has a great sentimental value for V , because his friend Park Seo Joon who is the protagonist of the series that is inspired by a webtoon, is very close to him, they strengthened their friendship in the drama ‘Hwarang’ where the BTS singer participated.

The fans are celebrating it ‘s been a month since V worked for the drama , because the track has been a resounding success, becoming one of the most iconic songs of the solo member of BTS .
Some of the awards and recognitions that V has won with ‘ Sweet Night ‘ are:

– The song entered the individual iTunes chart within 77 countries, as number 1.

– VHe is the second Korean artist to appear in the iTunes ranking.

– ‘ Sweet Night ‘ managed to reach number one in views in countries such as the United Kingdom and the United States in the OST category.

– On YouTube, the official video has more than 22 million views.

The hashtag # 1MonthWithSweetNight became a trend on social media, as ARMY is very proud of V , they sent him supportive massages wanting him to make more music and express what he feels in his art.

V is very active these days sharing how he is having fun through updates on Weverse and has also been sharing photos of the status of his adorable pet Yeontan .

GOT7 reveals tracklist for ‘DYE’