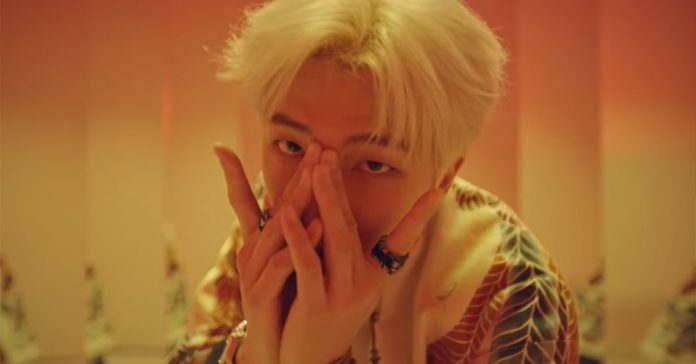 ARMY celebrates the first anniversary of Intro: Persona. The talent and creativity of the BTS leader never fails to impress his followers.

Last year, Big Hit shared RM’s music video for Intro: Persona as a first look at what BTS’s next album would be like . Today, the anniversary of this song has motivated ARMY to remember the good time that the leader of the group gave when sharing this melody.

Intro: Persona relates one of the questions that Namjoon frequently faces , as he has shown in different melodies, it is a level of confusion about who he really is. The idol raises this idea not as a bad experience, but as an opportunity to venture out on the journey that allows him to discover his true identity, although it is during this journey that he can build himself.

Although this discovery process is an external person, RM also recognizes that he is not ashamed of what he is or of the doubts that surround him and, although there are things that he does not understand or that he is not yet sure, he knows that he is doing his best of itself.

Remembering this incredible song and the talent of the leader of BTS, ARMYs from around the world have gathered through Twitter to celebrate the first anniversary of this release, which would kick off one of the most successful eras of the group. As part of this celebration, the group’s followers are using the hashtag # 1YearWithPersona , again showing their strong presence on Twitter.

Check out some of the fan tweets for this hashtag:

i still cannot believe it’s been a whole year since persona was dropped & yet it remains a whole ass bop to vibe to & honestly it feels like it was only just yesterday that the intro was released #1YearWithPersona pic.twitter.com/QOrHfu0cRd