Armie Hammer was pulled from another film after sexual assault charges directed against the actor. He is no longer connected to the spy thriller Billion Dollar Spy.

This is the third high-profile production that Hammer missed, including the series The Offer, behind the scenes of The Godfather, and the film Shotgun Wedding, which would star opposite Jennifer Lopez.

The news comes shortly after Armie Hammer was accused of rape by a woman identified as Effie, who gave a press conference on March 18 with his lawyer Gloria Allred. The woman claimed that the sexual assault occurred in April 2017 and that, during a meeting, Hammer raped her violently and repeatedly hit her head against a wall. She also said that Hammer committed other violent acts against her without her consent.

The allegation led to an investigation by the Los Angeles police, which is currently underway. Hammer, through his lawyer, denied the charges, which he said in a statement: “Mr. Hammer refutes the outrageous accusations ”.

Hammer was originally cast for Billion Dollar Spy in late 2020. In the film, produced by Akiva Goldsman and Greg Lessans via Weed Road Pictures, Hammer would play a CIA agent who develops a bond with a Soviet engineer (Mikkelsen) in Moscow.

Hammer has been at the center of the Internet controversy for most of the year, after alleged leaked messages surfaced detailing the actor’s sex life. He was also dropped by his agency, WME.

After he left Shotgun Wedding, Hammer issued a statement about the scandal in which he reportedly sent social media messages to different women about his sexual fantasies. The statement said: “I am not responding to these shitty allegations, but in light of the vicious and spurious online attacks against me, I cannot, in good conscience, leave my children for four months to make a film in the Dominican Republic. Lionsgate is supporting me and I am grateful to them for that. ”

Hammer has no other projects currently on the agenda, as the filming of the film Death on the Nile was completed a long time ago and production will hit theaters in February 2022. 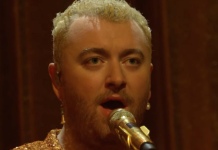 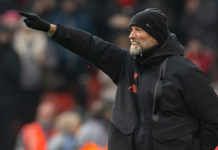 No More “Heavy Metal Football” For The Liverpool Team, Which Must Find The “Missing Spark” 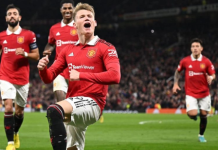