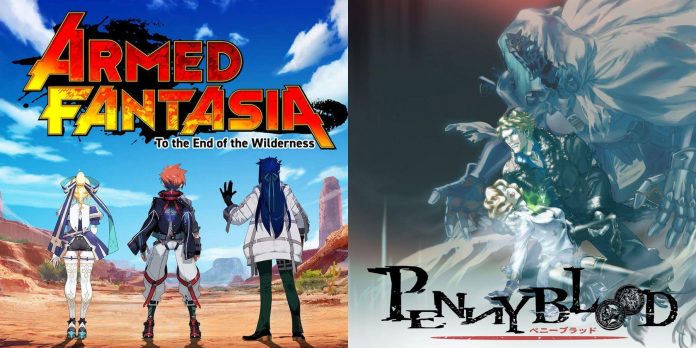 Since the launch of Kickstarter in 2009, the crowdfunding online platform has become an integral part of financing a wide variety of projects in the gaming industry. Popular franchises like Bloodstained have been created on Kickstarter, and the platform has also witnessed a resurgence of classic gaming products like Shenmue. Recently, Armed Fantasia and Penny Blood were officially unveiled via Kickstarter as spiritual successors to two beloved RPG franchises. Now their Kickstarter campaign has officially launched, allowing fans to explore future role-playing games more deeply.

Armed Fantasia looks like a spiritual successor to the western fantasy role-playing game Wild Arms, and the game is headed by former Wild Arms producer Akifumi Kaneko. The Armed Fantasia section on Kickstarter is an “old-school JRPG style” in which players travel to the vast expanses of the desert. Combat in the game “Cross Order Tactics” will combine elements of turn-based role-playing games with “high-octane action”. Kickstarter also featured more collaborators working on Armed Fantasia, with character designs created by Tomomi Sasaki and a soundtrack by Japanese musical group Elements Garden.

Penny Blood is a “dark investigation of the 1920s”, which takes place in various real places in the USA, Europe and Asia. Penny Blood was created as the spiritual successor to the Shadow Hearts trilogy for PS2 under the direction of the original Shadow Hearts director Matsuzo Machida. Several other Shadow Hearts employees will return to Penny Blood, and character designer Miyako Kato and composer Yoshitaka Hirota will create the soundtrack together with veteran composer Akari Kaida.

The Armed Fantasia and Penny Blood Kickstarter project also reveals details of the campaign’s intention to fund both games simultaneously. Supporters can donate 5,800 yen to get a digital copy of one of the two games, as well as access to the beta version. Physical versions and soundtracks can be purchased by donating 8,300 yen. Higher levels include additional items, and sponsors who want to receive both can donate 11,000 yen for digital versions and 15,200 yen for both physical versions. Kickstarter also includes prices converted to US dollars, with one digital and physical version costing approximately $42 and $60 respectively.

Armed Fantasia and Penny Blood are the latest in a long line of spiritual successors promoted by major players in the gaming industry on Kickstarter. Mega Man creator Keiji Inafune has spearheaded Kickstarter for the spiritual successor to Mega Man Mighty No. 9, which has become one of Kickstarter’s most successful gaming projects. Franchises such as The Witcher and The Binding of Isaac have also had successful crowdfunding campaigns on Kickstarter. Armed Fantasia and Penny Blood look like homage to two fan-favorite franchises of the late 1990s and early 2000s.

Armed Fantasia and Penny Blood are in development.

Miss Marvel Episode 2 contains an important conversation about the children...