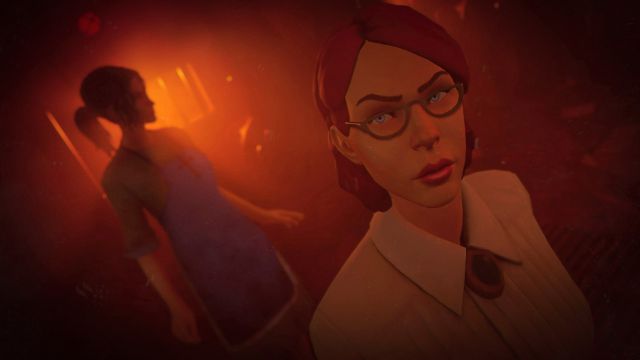 Arkham Horror: Mother’s Embrace: We jump into cosmic horrors in the playable virtual translation of board games based on Lovecraft’s work. “Our brains deliberately make us forget things, to prevent insanity”, HP Lovecraft

We counted almost a couple of years ago, in a 2019 that after what we lived in 2020 seems strangely distant, with the reason of the analysis of the port to Nintendo Switch of Call of Cthulhu that it is curious to see how one of the greatest ‘Influencers’ has the 20th century in Literature has been so referential but so uninteresting for the ‘Mainstream’.

HP Lovecraft has been the germ of a type of cosmic, alien terror, a space terror and at the same time mythological. And so visceral and lofty in detail in his works that today any tentacular monster is already branded as a ‘debtor of the Lovecraftian imaginary’. But at the same time, and although colossi like Alan Moore pay tribute to him in his works, Lovecraft does not seem to be interested in creating blockbuster movies or AAA games around him, based purely on his work.

Of course there have been, but always grating that Series B, that ‘low-budget game’. Here in Spain, films have been made such as the ‘B-series’ Dagon (at times very faithful, at times bad) or La Herencia Valdemar, a Spanish superproduction that revolved around Lovecraft as unsuccessful in some aspects as spectacular and recommended in others . And 15 years ago, Headfirst released a Call of Cthulhu: Dark Corners of the Earth that, although with a really tight ‘budget’, continues to hover in the imaginary of the writer’s fans as one of the best translations of his universe to the playable format

That Call of Cthulhu by Cyanide Studio was based on a board game based on the play The Call of Cthulhu. And the title we are dealing with today, Arkham Horror: Mother’s Embrace is… guess what? Another playable virtual adaptation of a board game based on Lovecraft’s work. Based on and adapting Arkham Horror, a multiplayer board game released in 1987 by Chaosium, the Asmodee studio transforms it into a virtual adventure that seeks to transfer the mechanics and board elements to the videogame format. Gets it? Very half, really.