Home Tech ARK: Survival Evolved – How to Play, Where to Download 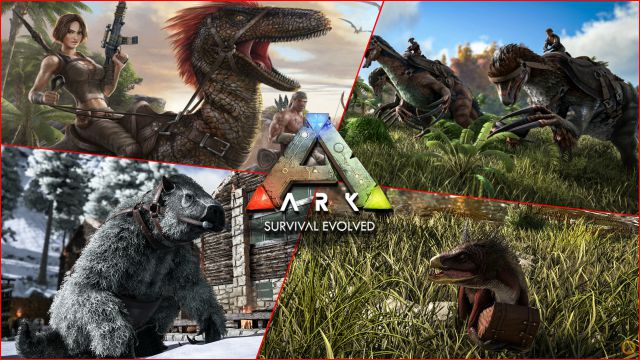 Studio Wildward’s action survival title explodes in popularity after the announcement of the Arkadia series, by well-known youtubers and streamers.

ARK: Survival Evolved is set to be one of the big names in video games this February, both on the purchase and download portals and on the predominant streaming platforms, Twitch and YouTube. Arkadia’s announcement, which is presumed to be the new broadcasting base for most of the great Spanish-speaking content creators, will take place this Tuesday, February 9 at 9:00 p.m. (CET), the beginning of a series full of stories, adventures and situations. unexpected.

Studio Wildcard’s action survival video game has been chosen. Before it was Rust with Egoland; now it is Ark: Survival Evolved with Arkadia. How long it will last is something we do not know, but everything indicates that during the next days and weeks the interest in knowing more about this title will grow enormously. In this article we tell you where Ark is available, how we can play it, at what price and with what editions.

For starters, ARK: Survival Evolved is available digitally on all current platforms: PS4, PS5 (via backward compatibility), Xbox One, Xbox Series X | S with optimized version, Nintendo Switch and PC on both Steam and the Epic Games Store . On PS4, Xbox One and Nintendo Switch it is also available through physical distribution; available in the main chain stores throughout Spain.

The game is eminently multiplayer, so it is necessary to have active accounts in services such as Nintendo Switch Online, Xbox Live GOLD or PlayStation Plus to play online on consoles. The servers have space for up to 70 players and everything runs its course even when we are not playing. “Stranded, naked, frozen and hungry on a mysterious island, you will have to hunt, harvest, craft items, farm, and build shelters to survive,” reads the game’s description. “Use your cunning and skill to kill, train, breed and ride the dinosaurs and primitive creatures that inhabit ARK.”