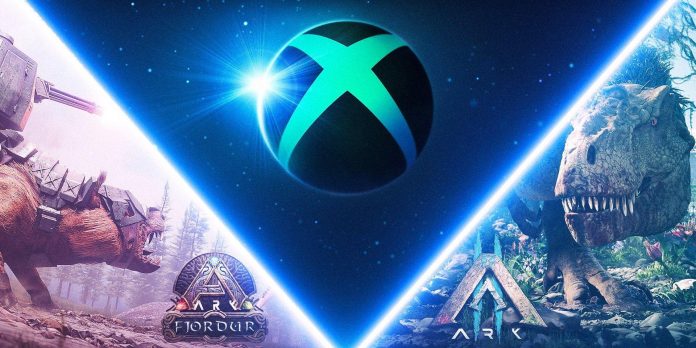 Since the long-awaited Xbox and Bethesda Games Showcase is less than a week away, there have been many assumptions among fans about which games can be shown during the broadcast. Starfield is expected to take a prominent place during the presentation after a recent delay, and Outer Worlds developer Obsidian Entertainment recently hinted at an appearance. As fans look forward to seeing Xbox staples like Fable and Hellblade, a recent announcement revealed that Ark 2 will be at the event.

Wildcard studio stunned fans during the Game Awards 2020 awards ceremony with the unexpected announcement of Ark 2, the upcoming sequel to the popular survival sandbox game Ark: Survival Evolved. The game’s first announcing trailer revealed that Vin Diesel would play a prominent role in the sequel, and it was later confirmed that he would also be the executive producer of Ark 2. Although little has been known about the sequel in the year and a half since its initial announcement, the Xbox Series X exclusive has now confirmed that it will be unveiled at Sunday’s show Xbox and Bethesda Games Showcase.

A recent tweet posted by Ark’s official account in French shows that Ark 2 will appear during the Xbox and Bethesda Games Showcase along with the upcoming free DLC map “Fjordur”, which will appear in Ark: Survival Evolved. Fans had previously noticed that Sunday’s showcase coincided with the release of Fjordur, prompting rumors that Ark 2 would be unveiled during Microsoft’s event. The new Ark 2 trailer during the demo will be the first official trailer released for the game since its initial announcement in December 2020.

Although Studio Wildcard has said little about Ark 2 in the 18 months since its release, fans have been able to piece together some information from the first trailer. Along with showcasing iconic dinosaurs like T-Rex and Pterosaur, the official announcement of Ark 2 also hints at the return of several other dinosaurs like Parasaur and Triceratops. It has not yet been confirmed what will be shown from Ark 2 during the demo, although many fans are hoping to get a first look at the gameplay of the sequel.

Despite the lack of updates for Ark 2, Ark: Survival Evolved continues to frequently add new content to the popular survival game. In December, the Lost Island map was released, covering many different biomes, and it was also confirmed that Ark will receive an animated series along with the opening of Ark 2. While the lack of news about Ark 2 so far may make fans wait some more time to play the sequel, Ark: Survival Evolved continues to offer fans a lot of content that they can immerse themselves in for hundreds of hours.

Ark 2 is in development for PC and Xbox Series X.

Kravitz has started her new movie with Channing Tatum, and yes,...

Chicago Med: The two great actors of the series who are...