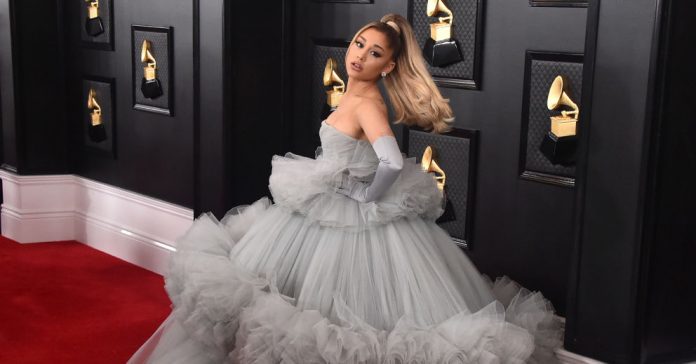 – Yes, they got married. It was a small and intimate ceremony, with less than 20 people present, the spokesman told the website.

It was in December last year that the 27-year-old in a post on Instagram revealed that she had become engaged. Several media outlets picked up the news at the time, including E Online and People .

The Instagram post contained several photos, where one of them also showed the “7 Rings” singer’s engagement ring.

“Forever and a little more,” Grande wrote in the post, which also contained several photos of the 27-year-old with her love Dalton Gomez.

It also did not take long before the congratulations poured in to the newly engaged couple. And several high-profile stars rose to prominence.

So happy on their behalf. Love you », writes reality star Kim Kardashian West (40), while Grande’s manager Scooter Brauns (39) comment was as follows:

“Congratulations to you two wonderful souls. Ariana we love you and could not have been happier on your behalf. Dalton, you’re a lucky man.

The romance rumors surrounding Grande and her love only began to flourish in January. Afterwards, Gomez appeared in the music video for the song “Stuck with U”, which is a duet between Grande and pop star Justin Bieber (26).

A few months later, Grande also shared a photo with her fiancée on Instagram , which several media saw as a confirmation of the relationship between Grande and Gomez.

Grande has gradually become known for making headlines about her own love life. In May 2018, it became known that Grande and her former love of two years , rapper Mac Miller, who abruptly passed away in September of the same year, had made it to the end.

Just over two weeks later, the singing star surprised “everyone” when it became known that she had found happiness again – this time with comedian Pete Davidson (27) .

Three weeks later , they confirmed their engagement , but this relationship also ended.