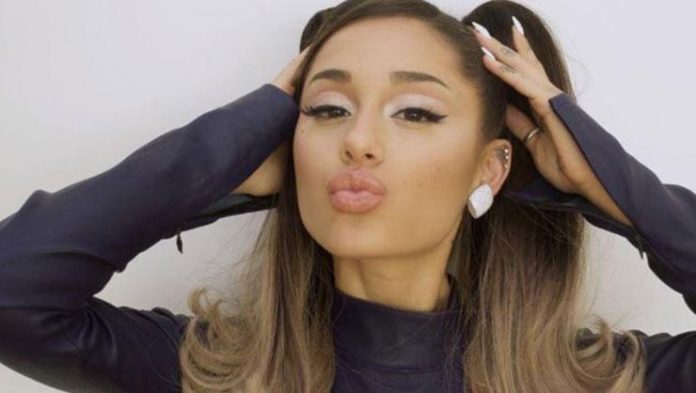 Ariana Grande began 2021 with a new stage of her love relationship, but according to her friends, her commitment may not reach the altar.

Ariana Grande and Dalton Gomez could not reach the altar and say yes, the rumors about the cancellation of their engagement were unleashed among their friends, because their relationship is not even a year old.

The “7 Rings” star remained in quarantine throughout 2020, but took time to create new music for her album Positions ” and found a new opportunity in love after her breakup with Pete Davidson. Before the end of the year, Ariana Grande surprised her fans by getting engaged to her current boyfriend, but … when will they get married?

Ariana Grande and Dalton Gomez were the first couple to start 2021 with a new stage in their relationship , the twoThey got engaged in December and received congratulations from their fans and family, but the singer’s friends are not very convinced that their marriage will last or even take place.

The couple unleashed dating rumors during the summer, but it is said that they began during March, so they only have 9 months of relationship and decided to promise each other to reach the altar, although many do not trust that it was the right time, not only because the pandemic, but because their relationship seems to be very short yet.

ARIANA GRANDE’S FRIENDS DO NOT TRUST HER COMMITMENT

According to the ET Online portal, Ariana Grande’s friendly circle has speculated about the future of her marriage with Dalton Gomez , they consider that it was a very hasty decision and that 9 months are not enough for them to remain as a couple after a while .

The rumors say that spending so much time in quarantine consider their relationship is also solid is not the first time it receives a proposal, Pete Davidson also gave her a ring, even said they sought a penthouse residence in New York and inevitably they finished.

So far, arianaShe has shared a couple of photos with her fiance Dalton Gomez during the holidays, but they have not shared wedding plans.

The singer is not only a figure of fashion and music, but also an example of female empowerment, as she has managed to cope with difficult situations.