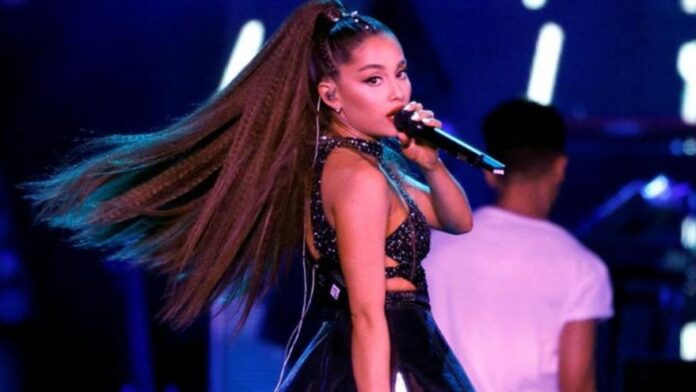 The comments that Ariana Grande urged her to stop meeting with the media to give interviews.

The experience that the singer has had with the media has not been satisfactory for her, so it is less and less frequent to see Ariana Grande go to radio stations, television shows or find some way to talk about her career.

Ariana has been able to shine with her music without the need for these types of promotions, but why stop giving interviews? She herself revealed the reason.

Ariana Grande is one of the greatest figures in music today, her great talent and the support of her fans have led her to dominate the charts and prove that each of her releases can become a success.

In this context, it would not be a surprise to see this girl in all the media talking about her different projects but, contrary to this, it is difficult for this girl to meet with reporters to talk in an interview.

Ariana herself shared through her Instagram account a fragment of the talk she had with Zane Lowe for Apple Music , it had been a long time since the singer went to a space like this, but in addition to talking about her most recent song, Stuck With U , Ariana explained that after some bad experiences she chose to stop meeting with the media.

According to her, whenever she gave an interview , people tried to modify her words or focus on topics they knew would make them popular , but they didn’t pay enough attention to her work or the music she was promoting.

In addition, Ariana received some sexist comments that were not to her liking and, when she defended herself and questioned this behavior, she was the one who received the criticism . The singer thinks that unlike male artists, girls are always asked questions about their private lives or issues that could cause controversy, downplaying their career just to get the attention of the public.

Ariana Grande and her mother recently faced legal process by requesting a restraining order against a fan obsessed with the girl, who in addition to trying to enter her home, also had plans to attempt against her life.

Listen to the full Ariana Grande interview for Apple Music by clicking here .