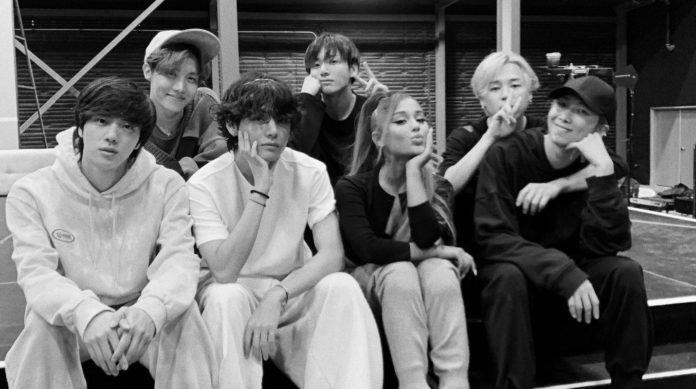 Ariana Grande shared a photograph with the Bangtan boys on their social networks while they both rehearsed for GRAMMYs night , but the interactions didn’t stop there.

During the red carpet of the awards ceremony the boys were asked about the artist, and they had nothing but praise for her.

The clip was uploaded to the internet by a fan, where RM said they were in continuous rehearsal rooms and she wanted to go see what they were doing. The group leader also added that after seeing his essay, Ariana began to release some bad words, probably to express her emotion.

This video got even more attention when the singer responded to the tweet that included it:

“Honestly … I could see them rehearse for something and it was the most amazing thing I’ve ever seen. I’m not kidding. Was screaming. I couldn’t stop talking about it / I still can’t.”

What do you think about the interaction between Ariana and Bangtan ?