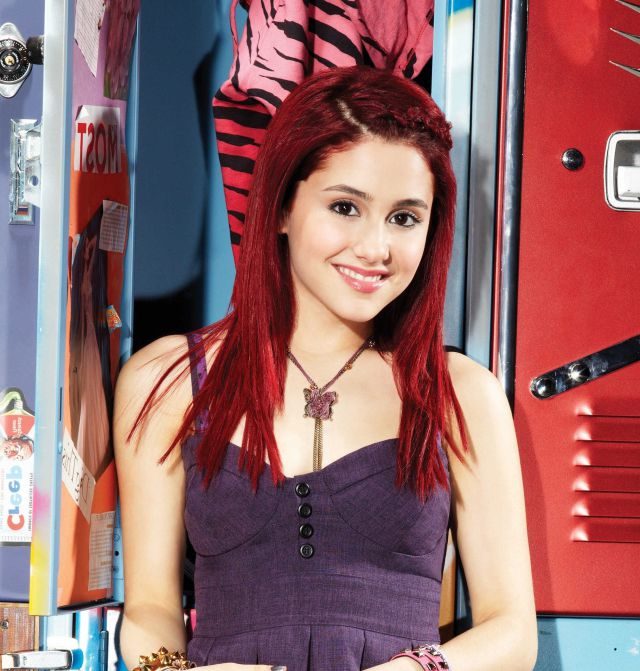 Although today she is one of the most requested singers in the world, there was a time when Ariana Grande was only a teenage actress who fulfilled her dream of being part of a Nickelodeon series. Because yes, Grande was not a Disney girl, she was a Nickelodeon girl.

In 2010, the Victorious youth series was released on Nickelodeon. Headed by Victoria Justice, one of the best-known faces of the channel at that time, it became a success for the channel. But among his cast, fans noticed the character of Cat Valentine, a smiling girl with red hair. It was a very young fifteen-year-old Ariana Grande who began to emerge among her classmates.

So good was the reception of the character of Ariana that the channel opted for a spin-off of her character with the series Sam and Cat. Of course, it only lasted one season and in 2014 said goodbye. But Grande was already a familiar face and his career as a singer had just begun.

Well, this Tuesday, November 19, a nice reunion has taken place between some of Victorious’s characters. And what has been the link of union? Nothing more and nothing less than the concert of the Breathing interpreter in Atlanta.

Thus, his friend and former co-star, Elizabeth Gillies went to see him act. It’s not uncommon to see Elizabeth next to Ariana. In fact, since they met in the series, they have been great friends. What’s more, she is one of the girls that appears in the Thank U, Next video clip.

But she hasn’t been the only Victorious actress who has been with Ari at her concert. Matt Bennett, who gave life to Robbie Shapiro, was also with her. In fact, he also appeared in the Thank U video clip, Next, in the scene that recreated the A Por Todos movie.

We’ve also seen him with Ari at one of his Halloween parties. Specifically in which he dressed as a character in The Twilight Zone. Yes, that party in which the artist wore a piggy nose.

Before acting in Atlanta, Ariana wrote on her Twitter account that she was “very excited,” but could not say why. And what was the reason? That both Bennet and Gillies went up to sing with Ari at that concert.

Both sang songs from the Victorious series. While Bennet performed the song I Think You’re Swell with Grande, Gillet was encouraged with Give It Up. In fact, when the actress finished singing, Grande referred to her as “one of her best friends ever” .

Without a doubt, although this reunion of Victorious has not been very numerous, it has been special. An iconic moment for the followers and followers of the series.

The best places for space exploration in the solar system

Huawei announces why some phones are not updated to EMUI 10