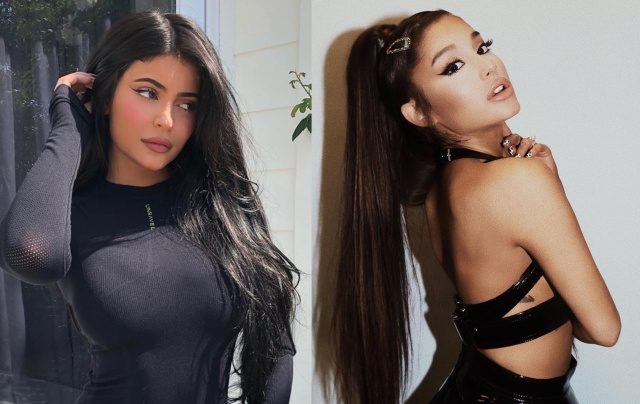 Although the headline seems a lie, we have plenty of reasons to believe that Kylie Jenner and Ariana Grande could collaborate on a song together. How do you read! But to explain it we need to go back to last week, when the businesswoman showed her Kylie Cosmetics offices in a YouTube video.

At the end of the video, Kylie woke her daughter Stormi from the nap singing “rise and shineee”. How could it be otherwise, considering that Jenner is one of the most followed people in the world, the video went viral and Twitter was filled with people singing the fun melody.

Well, Ariana, like any other mortal on earth who loves Twitter, also got hooked on the song. And what he did? Well, he uploaded a video to his Instagram story singing the song that Kylie uses to wake up her little one. But that was not all. Grande asked him, through the text that accompanies the video, if he could use the sound to make a sample.

Of course, Kylie gave her permission. Because if Ariana Grande, one of the most recognized and acclaimed artists of the moment, asks for a sound, you have to give it to her. The main reason? It will surely become a success.

But Kylie has only put one condition: appear in the video clip if it gets filmed! Come on, if all this went ahead, we might find ourselves facing one of the most viral collaborations of the year. The singer and the businesswoman are two of the most followed people on Instagram in the world, adding their followers have 300 million. Come on, that single would have a brutal reach from minute one.

We will have to wait if this “rise and shine” comes to fruition and within a few months we hear the song of Ariana Grande’s voice. We are looking forward to it!