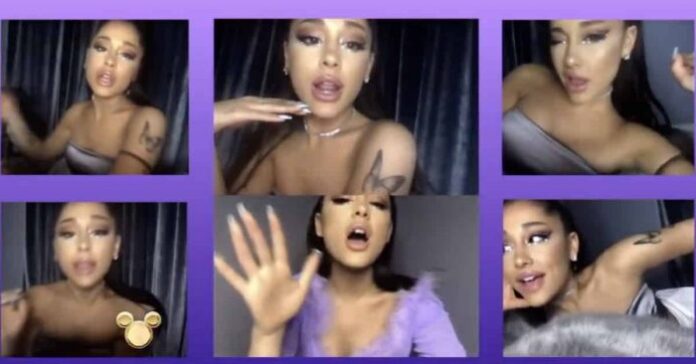 Ariana Grande is she ready to take on the role of Megara in the musical Hercule? Some sources are convinced!

A new role for Ariana Grande? For several weeks now, some sources have said that Ariana Grande would imagine playing Megara in the remake of Hercules.

Ariana Grande created the event two weeks ago by performing Won’t say I’m in love, from the Disney Hercule film. A resumption that had caused a sensation.

With her unique tone of voice and her unfailing sincerity, the pretty brunette made a splash on social networks. It must be said that Hercules is the favorite Disney of the ex of Pete Davidson.

Remember, during the Disneyland Park Christmas parade in 2015, Ariana Grande performed Zero to Hero, from the movie Hercule. She had confided on Twitter to be “completely a fan of Hercules since her childhood”.

The young woman who got her start on Broadway while playing in the musical 13, is about to return to the planks. At least that’s what some sources say …

ARIANA GRANDE IMAGINES PLAYING MEGARA IN THE REMARKE OF HERCULES
It’s no longer an open secret. When a cartoon works, Disney does not hesitate to make a remake of it.

For several weeks, a remake of Hercules, the famous Disney cartoon, has been in the pipeline. And following Ariana’s performance during an online concert orchestrated by the parent company, the rumors are linked.

A source close to the star told HollywoodLife that Ariana Grande would be there. Or almost. The source said: “She is flattered that her fans think she can play Megara, but for now, it is too early, and nothing has been decided.”

But that’s not all ! Actor Josh Gad made some interesting revelations about Ariana. The young man admitted that the young woman would be “perfect in the role of Megara. “I would love it to be done! ”

If for the moment it is too early to decide, his fans encourage him to make a decision. So, will we see Ariana in the role of the pretty Megara? Mystery…