Home Celebrity Ariana Grande Flaunts at the 2020 Grammy Awards: She reveals her outfit! 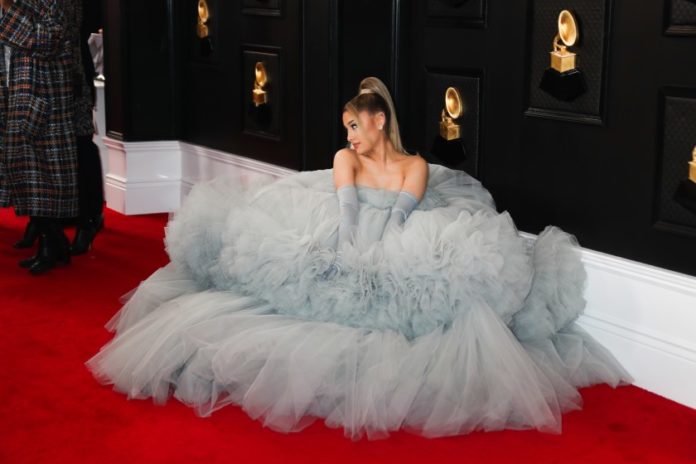 Ariana Grande caused a sensation on Instagram! The reason ? The young woman posted a photo of her outfit at the 2020 Grammy Awards!

Warm ahead! Ariana Grande posted a sublime photo of her on Instagram! Indeed, it is about her outfit during the 2020 Grammy Awards!

Ariana Grande has just hit Instagram again! Indeed, the 27-year-old singer posted a photo of her at the Grammy Awards held the day before yesterday! And one thing is certain, Internet users loved her stage attire! And for good reason, the interpreter of Break up with your girlfriend wore a magnificent baby doll doll-inspired dress !

An outfit that very much pleased Internet users! Indeed, the publication in question already has almost 2 million likes… A real feat, even for Ariana! We invite you to admire the photo in question below! The singer is hot, isn’t she?

ARIANA GRANDE: SUBLIME ON THE GRAMMY AWARDS STAGE
Mythical ponytail, ultra sexy outfit, diamond adornment… Ariana Grande went the extra mile during her performance on the stage of the 2020 Grammy Awards! If unfortunately the young woman went home empty-handed … The latter still has reason to be reassured! Indeed, its outfit is unanimous with Internet users! The proof, her fans of Ariana flood her with compliments on the canvas!

Thus, comments all more kind than the others multiply under the post! What give Ariana Grande a smile! “You were too beautiful during the Grammy!” I loved your red carpet outfit… But I must say that this scene look is sublime and ultra sexy Ariana ! » Or: « But what a beauty! You are too beautiful in this dress and your hairstyle and on top as usual! »Can we read on the social network!

How did V and Jimin meet? Thus began their friendship

Lucifer season 5: the actor who will play God finally revealed!