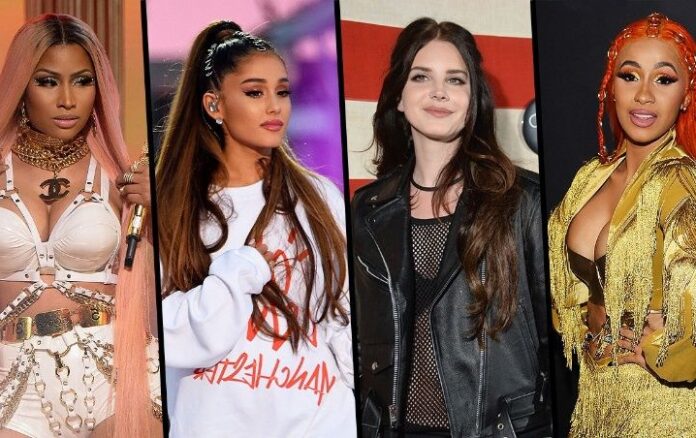 After posting strong criticism of some artists, Lana del Rey finally had a response from Ariana Grande and Doja Cat. Lana Del Rey shared a strong message on her social networks , where she responded to the harsh criticism she has received throughout her career.

The interpreter of “Summertime Sadness” published a long message on Instagram in which she touched on the topic of hatred that she has received by certain groups, who argue that her music and the content of these are bad influences for current generations, since they assure her It has given “glamor to abuse” in each of them.

That is why she launched harsh criticism of artists such as Doja Cat , Ariana Grande , Camila Cabello , Cardi B , Khelani, Nicki Minaj and Beyoncé, since she assures that they have not suffered the same attacks as her, even though she has many songs that talk about being sexy, not wearing clothes, having sex, cheating on your partner and so on, in the number one places of popularity.

“Can I sing again about feeling good just because I am in love, even if the relationship I have is not perfect, without being crucified or accused of having a romantic vision of abuse?”

Guess what? Thank you.

The interpreter of “Say So” published a tweet saying: “The gang has sunk that ship”, referring to the fact that her fans have already turned on the singer, even when she was exposed by Lana’s followers who demonstrated that the content of many of her songs are insulting to women.

On the other hand, Lana Del Rey herself revealed that Ariana Grande responded to her, but she did not give statements about the response of the interpreter of “Rain on me”, even though it was confirmed that both artists were no longer following each other on their social networks.