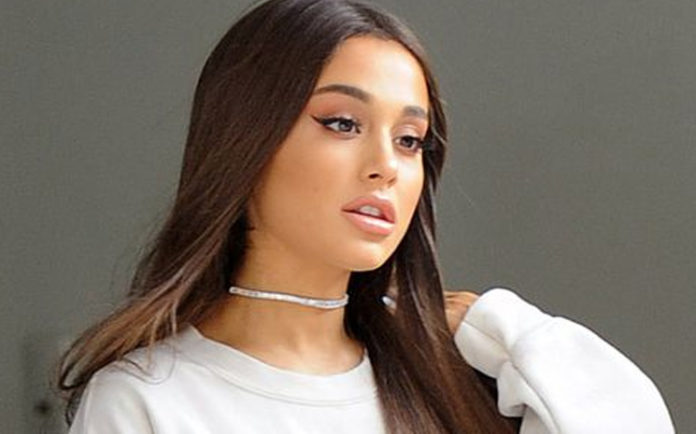 Is Ariana Grande is dating a guy similar to Pete Davidson? For a month, the singer was seen on a date with the young businessman.

Despite the rumors surrounding Ariana Grande and Mikey Foster, it seems that the singer found love a few days before Valentine’s Day.

The singer managed to mislead the media and fans, on social networks there is a rumor of her new romance, a young real estate and mansion businessman named Dalton Gómez and who could remind you of his ex, we tell you what we know.

According to information from TMZ , the singer was seen last month in the middle of what seemed to be a romantic date and in the video that circulates on social networks, the couple shared a kiss while dining at a restaurant.

Dalton was in her livestream♡ #daltongomez #arianagrande

It was not until recently, that the identity of her new romance was revealed, there are even fans who have found him similar to her former Pete Davidson. Will be? The smile could have similar features, even the hair, but … how similar are they? Some users have compared photos of Dalton with the comedian.

Fans also believe that the two could be quarantining together, because through her Instagram stories , the singer has published several videos where tattooed hands and arms appear, which have been compared to photos of Dalton and seem to be the same.

So far, Ariana has not given statements about it, has not denied or confirmed the rumors, but it seems that love accompanies her in these difficult times in the midst of the global health crisis.

Okay soooo, maybe she does have a new man. Named Dalton Gomez. #ArianaGrande Either way, I’m so happy for her. pic.twitter.com/7d2gvAU6d9

See Also
Ariana Grande Is Preparing A New Disc, And This Is What She Has Developed

5 Reasons The Batman Should Hook Up With Joker

The truth about Taehyung and the girl in the MV of...

SEHUN SHAKES WITH HIS LOOK ON THE WEEK OF THE PARIS...

TWICE is criticized in a French report and fans demand an...

Agathe Auproux Reveals Herself In A Bathrobe On Instagram