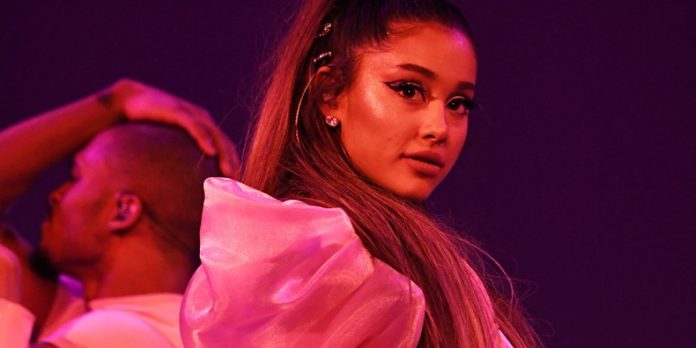 Decidedly, Ariana Grande cartonne on the airwaves. Moreover, her fans do it well since she is the favorite of MTV EMA 2019!

Despite the death of her ex Mac Miller, luck smiled on the starlet. Indeed, since the release of “Sweetener” and “Thank U, next”, it does not stop! Moreover, Ariana Grande who shocked fans because of her hairstyle is more and more appreciated. The proof: she is nominated in several categories to MTV EMA 2019.

This is the consecration for the singer! On Sunday, November 3rd, the MTV Europe Music Awards ceremony will take place. If Camila Cabello and Nicki Mibnaj had a great success last year, it is the ex-Pete Davidson who could dethrone them in 2019. In Seville, Ariana Grande whose NASA has remixed a sound can attend the nominations. Indeed, it is for seven different categories. It is in: “Best Clip” and “Best.e. Artist “. Or “Best Song” and “Best Pop Artist”. But also “Best Concert” and “Best Fan Base”.

A GREAT ARIANA ACCUSED OF PLAYBACK? IT REACTS!
A few weeks ago, Ariana Grande was accused of not singing on stage. A user then wrote: “We hear that there is auto-tune and it is probably not live. I mean, you’re a great singer and I love your voice and your songs, but this is not live. ” To which the principal concerned replied by saying:

“No, with all due respect, I could do that for you in your living room. Without any sound mixing or any help at all. I could do it on Broadway. I can do it in the shower, in the car … It’s my gift, that’s why I’m here. I sing more than 30 songs each night. Each word. It’s my thing. Let me shine, damn it »

Let’s hope that Ariana Grande can prove the opposite on stage!