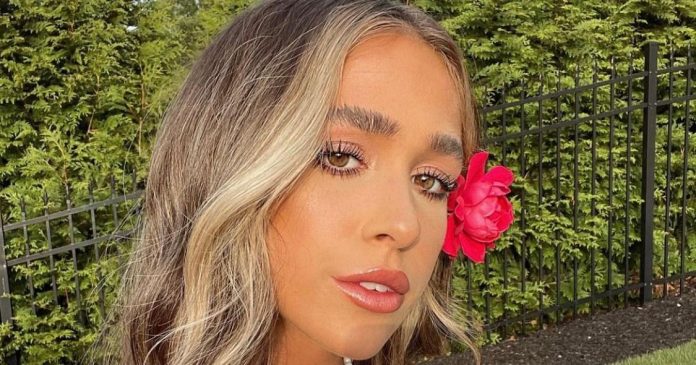 Ariana Biermann denied driving under the influence after being arrested on Saturday, August 13.

A 20-year-old girl, whose mother is a graduate of The Real Housewives of Atlanta, Kim Zolciak-Biermann, was arrested in Forsyth County, Georgia, and charged with drunk driving, possession/purchase of alcohol by minors and an offense in an inappropriate/disorderly alley. change. TMZ was the first to report this.

Her lawyer, Justin Spizman, issued a statement denying the allegations. “Ariana was involved in a minor accident. When the police arrived at the scene, the investigator immediately opened a criminal case on the fact of drunk driving,” the lawyer said on Saturday. “Despite Ariana’s constant mentions that she was upset and concerned about a minor accident, the officer mistakenly concluded that she was intoxicated. It wasn’t like that. She completely denies these charges and intends to fight these charges because she is innocent of them.”

Hudson McLeroy, Ariana’s temporary boyfriend, was reportedly arrested the same morning on alcohol charges. Both were released on bail later that day and are expected to appear in court in the near future.

Look at the Zolciak-Biermann family through the years: Kim, Brielle and others

The “Don’t Be Late” graduate first met Mclera when she was in high school in 2018, and she shared photos of herself and her then boyfriend celebrating birthdays and attending school dances. Fans began to assume that they were back together when Ariana shared a photo on Instagram in July, which showed her kissing someone. Although it was too dark to identify him correctly, and Ariana didn’t mark her new man, fans quickly assumed it was McLeroy.

“Haven’t they met before?” — commented one subscriber. The co-founder of KAB Cosmetics responded with a smiling smiley face.

In a pair of photos of Ariana posted on Instagram on August 4, McElroy commented, “What do you use when heart eyes aren’t enough?”

She replied: “Kiss me right now.”

Ariana has been acting in a reality show since childhood. Her mom Kim, now 44, joined Bravo’s The Real Housewives of Atlanta in October 2008 when Ariana was 6 years old and left in 2012. Her entire family was featured in the spin-off “Don’t be Late”, which aired on the network from 2012 to December. 2020.

The cameras followed Kim’s wedding in 2011 and the first years of her marriage to Atlanta Falcons player Kroy Biermann, who now has four children with the “Google Me” singer. Kroy adopted Ariana and older sister Brielle Biermann, 25, in 2013. The couple also share children KJ, 11, Kash, 9, and twins Kaya and Kane, 8.