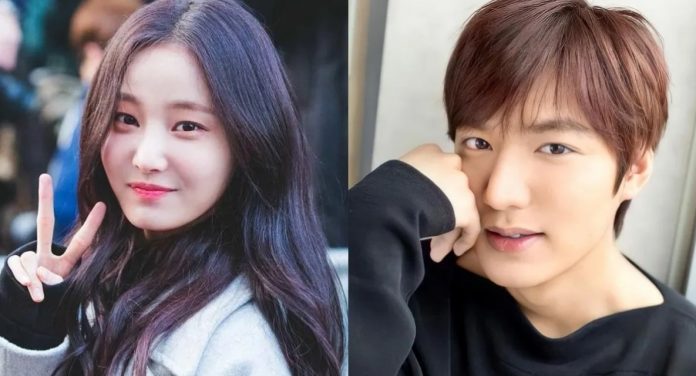 Lee Min Ho and the former MOMOLAND member YeonWoo are dating, was it confirmed? The announcement of couples within the Korean entertainment medium is not something that happens every day, but it caused even more surprising due to the fact that it was nothing more and nothing less than Lee Min Ho.

This Korean actor is known for not hiding his love affairs and for that reason we have met some of his former celebrity partners. As soon as the suspicions come to light, he and his company are the first to come out to clarify the situation, but what happened to Lee Min Ho and Yeonwoo’s alleged romance?

Photographs were recently released showing the meeting of both Korean celebrities, it was said that they met to celebrate the girl’s birthday and had even gone to the movies together.

The Dispatch report also noted that they have been dating for around five months and according to the outlet, an acquaintance of the protagonist of The King: Eternal Monarch explained that the two had common interests such as video games and movies.

Although the photos show Lee Min Ho and Yeon Woo meeting while entering the same car, MYM Entertainment stated that it was not really an exclusive outing for these celebs as there were more friends who would go to the movies together.

Despite not being a concrete confirmation or denial, it seems that the connection between these two artists for the moment is only friendly, but we will keep you updated on any new statement in this regard.

Meanwhile, some netizens did not hesitate to support the statement of Lee Min Ho’s agency, because, in the photograph where the former member of MOMOLAND approaches the vehicle, it can be seen that in addition to the actor there is already another person in the car.

A couple that was recently confirmed is that of Red Velvet’s Crush and Joy, we tell you everything that is known about their relationship.

(G)I-DLE’s Soojin stops her activities with the group