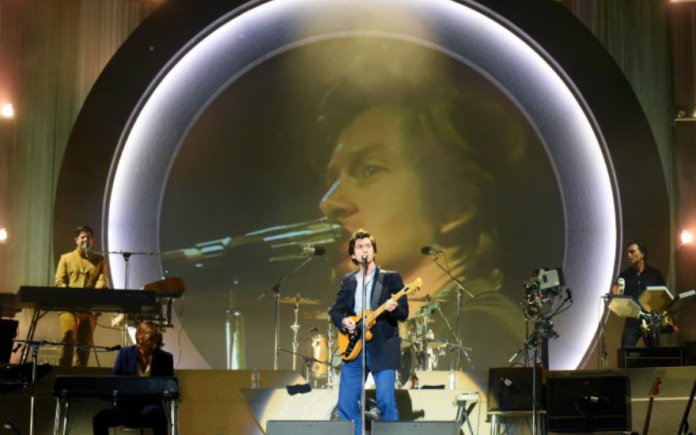 Arctic Monkeys have been announced as the first headliners of Open’er Festival 2023.

The four from Sheffield will top the bill at the Polish festival next year, which will be held at Gdynia-Kosakovo Airport in Gdynia from June 28 to July 1, 2023.

This morning (October 28), Open’er confirmed that Arctic Monkeys will perform at their festival on June 30, 2023, and early tickets have already gone on sale from here.

The Open’er news followed the band confirming further headlining performances at European festivals at Rock Werchter in Belgium and at Bilbao BBK Live 2023 in Spain next summer.

Before these European festivals, Arctic Monkeys will embark on a stadium tour of the UK and Ireland in May 2023. You can see these dates below and find the remaining tickets here.

Arctic Monkeys frontman Alex Turner told NME last week about the band’s latest Big Read, in which he talked about their new album “The Car”, the reaction to their latest album “Tranquility Base Hotel & Casino” and the enduring popularity of their songs. 505″ and “A Certain Romance”.

In another part of the interview, Turner talked about the upcoming Arctic Monkeys stadium tour in the UK and Ireland, saying that the songs from the band’s new album “The Car” are ripe for “hanging out at the stadium.”

It looks like the band will miss out on the top spot in the UK albums chart this week, as Taylor Swift’s new album “Midnights” is selling better than “The Car”.

Next week Arctic Monkeys will appear in a special release Later…With Jools Holland dedicated to their new album.

Chris Pratt Clarifies Views on God and Religion After Being Accused...