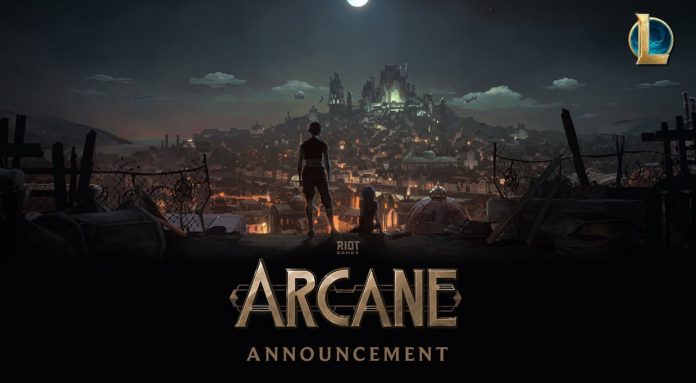 League of Legends animation Arcane release date has been announced

He also gave the Arcane trailer a release date for Netflix’s animated series. Of course, the date is not clear as this is the first trailer. For the time being, Netflix has made this fall emphasis for the series.

The most important detail in the trailer is that the animation will focus on the story of Jinx and Vi. In fact, the players predicted that the story will be on this focus in the first 10th year trailer shown in 2019.

The world of @LeagueofLegends is coming to Netflix.
Arcane drops this Fall. pic.twitter.com/7DJgqHpODM

League of Legends animation prepared by Riot Games was delayed due to Covid-19. The company normally planned to release the Arcane series in 2020.

The story of the Arcane series will take place in the focus of Jinyx, the crazy boy of the League of Legends game, and his arch-enemy Vi, as expected. The theories that these two characters are brothers go crazy. Although these theories are not yet valid, we can better understand why Jinyx is obsessed with Vi with this series.

For Arcane, Riot Games has previously stated about the series: “The two iconic League champions and the origin of the power that sets them apart.” This shows that the story of how Jinyx and Vi characters are great enemies will be told in the series. However, it is not yet clear which characters will be in the series other than Jinyx and Vi.

We can guess that the short trailer of the series will satisfy the fans of the game. Players are already very excited for Arcane, which will appear with nonstop action just like in the game.

The characters of Jinyx and Vi are one of the two prominent heroes in the game. The stories of these two heroes intersect in the cities of Pivoter and Zaun. Thus, it is understood that the animated series will take place in these two cities.

The fight of these two characters and whether they are brothers is one of the curious mysteries of the online game. With this series, this mystery is expected to disappear.