Home Entertainment Arcane, Season Final. An Essential Series, Even If You Don’t Like League... 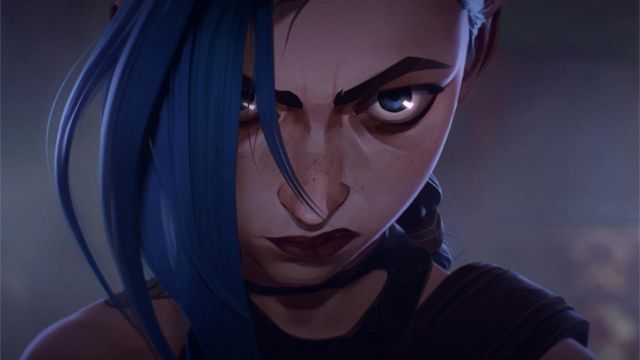 Arcane: We value the last arc of Arcane that closes its splendid debut after nine chapters that enter by sight and remain for everything else. This weekend has concluded the first season of the Arcane series, whose success on Netflix since its three initial episodes and the deployment of resources used in its creation already hinted that this had come to stay. The collaboration between Riot Games and Fortiche, which dates back a few years, has left a great impression and has been able to excite both fans of the popular MOBA League of Legends and many other viewers who had never heard of the game or of his characters.

Its impeccable technical workmanship, the treatment of the protagonists and a repetitive but careful cadence in the development of events have made Arcane an unusual and welcome proposal, but that will only make the wait even longer until the premiere of the second part (in all probability late 2022 or 2023).

Arcane proposes throughout its 9 episodes what amounts to a story of origins, which always have great acceptance among the public, but always with a perspective on the future. It is very interesting that Riot looks to the future with its animation proposal and, in case there were any doubts before the last episode, it is crystal clear after the huge cliffhanger at the end. And of course because the series has opened a multitude of plot arcs and has barely closed anything more than one, although it has done so in a masterful way to our understanding.

A series without rest and well spun chapter by chapter

The way he has handled this first season is also something worthy of admiration; There have never been free moments, of “filling” as they are often called, because footage has always been used to build momentum or to release tension. This continuous roller coaster system, which almost seems like the true leitmotif of the series, has come with an added twist: nothing ever goes quite right in Arcane. And it is that the true analysis of the series, the true secret of what it wants to tell us is found in the price that the protagonists pay for their actions, even when the intention in them was good. If when we did the original review of chapters 1, 2 and 3 we wondered why Riot had chosen Piltover and Zaun as the place to locate its series – there being so many others much more “colorful” on the map – it is precisely because it is packed of characters capable of doing the worst without becoming bad and others who, seeking to do their best, simply fail to do good.

This is always the rhythm in which the protagonists move and the track in which their creators make them dance, far from magic, celestial beings and Aspects of divinities that, being very interesting within the lore of the game, resonate much less with an audience that doesn’t have to be a fan of him. Arcane is a fantastic story with fantastic characters, yes, but with mundane situations and realities of our day to day life. Arcane talks about the dangers of embracing technology that we cannot control … but he also talks about politics, economic interests, suburbs subjected to drugs, interference from foreign nations. And of course also friendship, loyalty and the concept of family. It is very difficult that there is not something there that at least minimally resonates with each viewer.

For fans of the game’s lore, the latest chapter is nothing short of a gift teasing what’s to come. Not only does the arc of the 4 protagonists (Jinx, Vi, Caitlyn and Jayce) remain open, but all the secondary players have advanced us things that they want to tell us and that they will surely have a capital weight in the following season. From Viktor to Singed, from Heimerdinger to Ekko and passing through all those who we have not yet seen but who must be and those who have not yet reached their final evolution. Those who were expecting a self-concluding adventure will be a bit disappointed but there is the impression that the majority voice agrees that if this quality is maintained there is material for many, many chapters.

How Large Animal Crossing Islands Can Get into ACNH