Home Entertainment Arcane, Criticism Of The First Four Chapters. A Gift For The League... 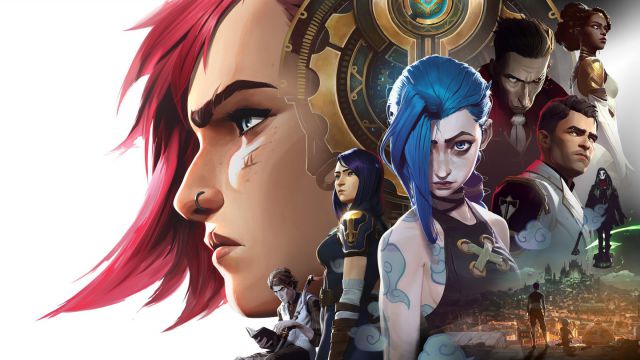 Arcane: We have seen the first four episodes of Arcane, the series that has premiered on Netflix about the League of Legends universe. With its launch postponed a couple of times and dragging a lot of hype behind it, the new Riot Games animation series based on the League of Legends universe: Arcane is finally released. Courtesy of Riot herself, we have had early access to the first of the three acts that make up what we assume will be its first season and the first episode of the second act. In other words, we have seen four of the nine chapters of the total and it must be admitted that they have exceeded our expectations in practically every way.

Arcane is a series full of nods to the League of Legends player, who will see for the first time some of its most popular characters come to life beyond the exhibition cinematics that have been seen so far. It’s a step up from short stories and comics that have been delving deeper and deeper into the lore of the game over the past few years. But it is not only a series designed for fans; is a series designed for the adult animation fan who wants to enjoy a fresh adventure series with a plot focused more on character development than an underlying leitmotif.

In other words, the plot – at least for the moment – is the characters themselves and the series neither abbreviates nor skimps on resources to show you what they are like, why they are the way they are and how the circumstances that led to the event have occurred. there. It is beautiful and emotional from the point of view of the LoL player but also interesting from the prism of someone who is going to meet these heroes for the first time. And also the set is canon within the League of Legends universe, which adds a bit of packaging.

As could be seen already in the trailer, Arcane revolves around Jinx, Vi and in general about the members of the city of Piltover and what is later known as the undercity of Zaun. The most important personalities and names of the so-called city of progress have a presence (Jayce, Caitlyn, Heimerdinger) along with some surprises that we will not reveal. It is curious that Riot has chosen to locate his series here since in the absolute section of power, these characters are quite low within a theoretical list of the total entities of the game. And we are not talking about power within a LoL game (which is all magically to scale), but rather that in the great set that constitutes the universe of the game the names mentioned above are more or less Yamcha comparing them with Goku in the last super transformation saiyan, so we can understand each other.

It is true that the moment in which it is set is historically important but we are happy that they have set the plot in a much more humane plot than many imagined it would happen. There are other very seductive paths that Riot could have explored – and that he can and may do in the future – (the path of magic in Demacia, the invasion of Ionia, the power struggles in Noxus, the triumvirate of the ninja, the Ruined King …), with which we understand that this is the beginning, hopefully, of something even greater that is yet to come.

Observation Drones In Horizon Forbidden West: Where To Find Them