Home Entertainment Arcadeggedon, A Multiplayer For PS4 And PS5 That Can Already Be Played... 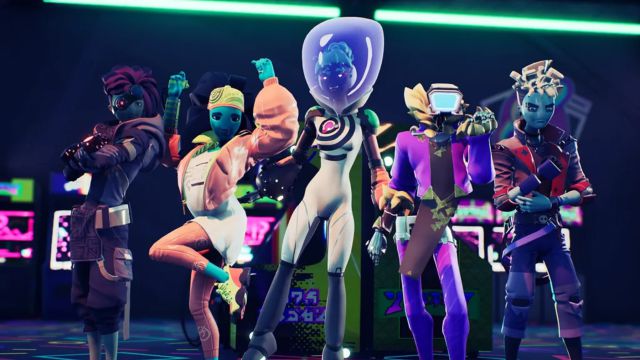 Arcadeggedon: The title was shown in the State of Play, but now we know additional new details about this Illfonic proposal. The creators of Friday the 13th: The Video Game and Predator: Hunting Grounds return with a new video game, this time away from film licenses. Illfonic was present at the State of Play on July 8 to present Arcadeggedon on PS4 and PS5, a cooperative multiplayer shooter title that can now be enjoyed in early access, as announced in the presentation trailer. The truth is that development has not been easy, at least that is what Jared Gerritzen, creative head of the study, says on the official PlayStation blog. He has also explained some details about the title.

Gerritzen promises that the way of playing is up to the player, as he can enjoy the experience at the pace he prefers, with his own style. Arcadeggedon will remain in early acess for a period of 7 months, which will help them analyze what works and what doesn’t. There will be seasonal updates and patches to help polish up the gaming experience. “One of the best parts of Arcadegeddon are the biomes, (that is, the maps) that the player is going to explore,” he advances. “It’s also where you can really enjoy the outside influences of the game. Each biome has a very distinctive style and feel ”. Currently there are already three maps available, but in 2022 they plan to release another five at least.

It is a shooter that mixes PvP and PvE that can be played alone or in the company of up to three friends. We will also find additional challenges with the gangs that are prowling around Gilly’s Arcade. “These challenges will earn you much more than a reputation. Speaking of reputation, you have to earn your place in the global leaderboards. ” Users will have at their disposal 28 weapons to choose from, 25 tricks and 8 skills, which must be combined to defeat the bosses.

On the difficulties in carrying out the project, he said the following: “I was in Scotland with my heart pounding during the Christmas holidays. 2020 was not an easy year for anyone, but they had just given me the news that the game that our team had been working on all last year was not going to come to light … The perfect ending to end an especially tough year ”. The creative emphasizes that that was not what bothered him the most, what really hurt him is that he considered that they had the mechanics to play a good game. “The IllFonic management team and I came together, determined not only to save the game, but the entire team.”