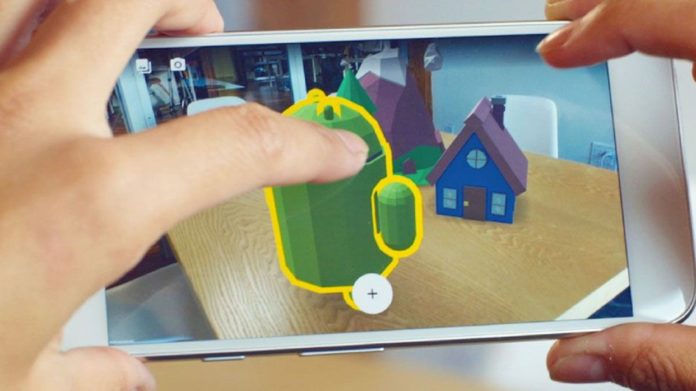 Google has announced its new development for popular technology AR (augmented reality), the use of which will increase further in the coming years. For the prevalence of AR technology, Google Play Services now supports LG V60, Moto G8 series, Samsung Galaxy S10 Lite and more.

Google’s ARCore is a (SDK) software development kit that allows developers to add augmented reality features to applications. Since each device has a different camera and sensor setting, it was very important to make the calibration correctly for the AR features to work properly. However, now the scope of the software development kit has been extended. Google made this change available under the name “Google Play Services for AR”. Google is getting more and more devices getting support and continues to expand the list. Now many devices have gained official support for ARCore.

Many phones will have access to Google Maps Live View mode
All specified devices now work as expected with ARCore. Google provides ARCore certification for AR developers based on camera quality, motion sensors and design architecture. On the other hand, the phone must have a sufficiently powerful CPU integrated with the hardware to provide good performance and effective real-time calculations.

If you have one of these supported devices and want to see augmented reality apps, you can experience it now. Google Play Services for AR will automatically update your device. However, you can download the APK yourself and make manual updates. You can download the file here.

Thanks to the new development, you can download and use the Live View mode of Google Maps or any AR supporting application.

See Also  How much money was spent on the App Store and Google Play?

Drake and PARTYNEXTDOOR: their collaboration is revealed with “Loyal”!

BRITNEY SPEARS PREPARES FOR THE TRIAL WHERE SHE COULD REGAIN HER...