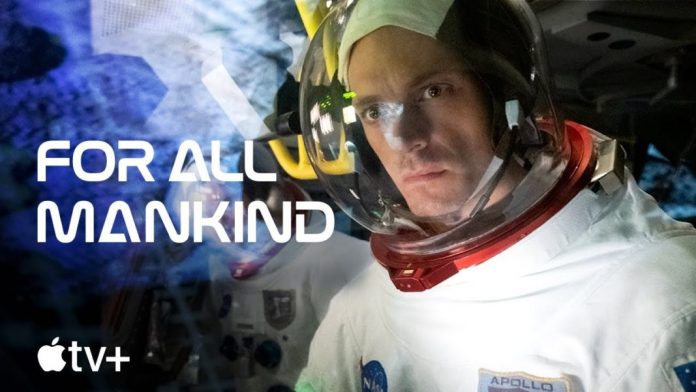 For All Mankind, one of the original productions published within the Apple TV Plus service, conveys the US space studies in an alternative reality. Although the first season started boring, the dose of excitement increased considerably in the following episodes. I was eagerly awaiting the second season, exactly one week later, the second season episodes of the series are on the air. Apple has also prepared a special augmented reality application to honor this.

“For All Mankind: Time Capsul? E?” The application named was built on Apple’s ARKit framework. It is designed to provide augmented reality experiences for the 2020 model iPad Pro and iPhone 12 series.

Apple describes the “For All Mankind: Time Capsule” app as “a new augmented reality experience that brings the world of the popular” Apple TV + “series For All Mankind into fans’ homes.

The app allows viewers to explore the memories of For All Mankind astronauts Gordo and Tracy Stevens in the decade that passed between the second season scheduled for February 19 and the first season released in late 2019. Viewers unpack a virtual time capsule and learn new details about the show. The following statements are included in the description of the application page in the App Store:

To Danny, the young son of astronauts Gordo and Tracy Stevens; Join as we explore interactive memories full of detail about life, love and the world of For All Mankind. Each object tells a story: A simple jumbled list reveals how teenage love first started. A home computer keeps the secrets of young people’s changing lives. And items as mundane as a newspaper and answering machine shed a light on the influential events in Gordo and Tracy Stevens’ lives, and provide more insight into the alternative world of For All Mankind and what’s to come in Season 2.

The “For All Mankind: Time Capsule” application, which is distributed free of charge from the App Store, is not accessible in some countries, just like the Apple TV + service. However, if you have an Apple ID from another country such as the US, you can log in and download the app through it. By the way, if you have purchased a new Apple device and also have a US Apple ID, you can start the trial process for Apple TV + for free.