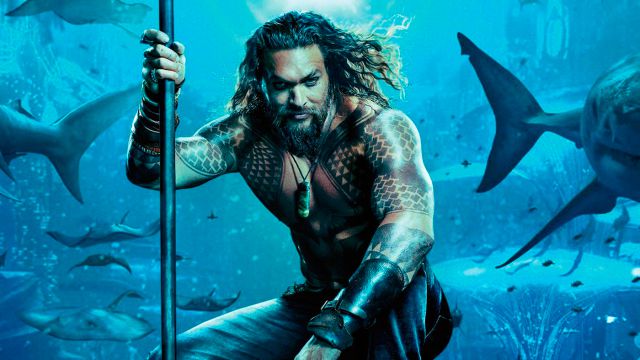 Aquaman and The Lost Kingdom: Director James Wan has shared the start of filming for the sequel to Aquaman, whose definitive title was recently confirmed; Jason Momoa returns.As those responsible for it recently announced along with the definitive title of the sequel is Aquaman, the film’s own director, James Wan, has announced the start of filming Aquaman and The Lost Kingdom under the code title Nercus. This is how the filmmaker himself has shared it on his official Instagram account, publishing a photograph of the clapperboard in what looks like a frozen filming set.

Thus, the clapperboard itself reveals one more piece of information about a production that has just started in the United Kingdom and that will surely be to the liking of the fans of the first film; so much so, that Don Burgess repeats as director of photographs after the same work of him in the first installment.

The filming of Aquaman and The Lost Kingdom takes place at the Warner Bros. Leavesden studios, in Watford, England, thus coinciding with the filming of another DC and Warner Bros. blockbuster such as The Flash, whose first leaked images we could see ago few days. The Batman or Fantastic Animals 3 have also been shot in this same location.

Recall that DC is currently filming some of its most anticipated films, such as Black Adam, Shazam! Fury of the Gods and The Flash herself. About Aquaman and The Lost Kingdom, we know that both Jason Momoa and the rest of the main cast of the first part, such as Amber Heard, Patrick Wilson, Dolph Lundgren or Yahya Abdul-Mateen II, repeat their characters, in addition to having this time with Pilou Asbaek in an unknown role.

Aquaman and The Lost Kingdom opens in theaters on December 16, 2022.

This is also the most wonderful time of the year when...