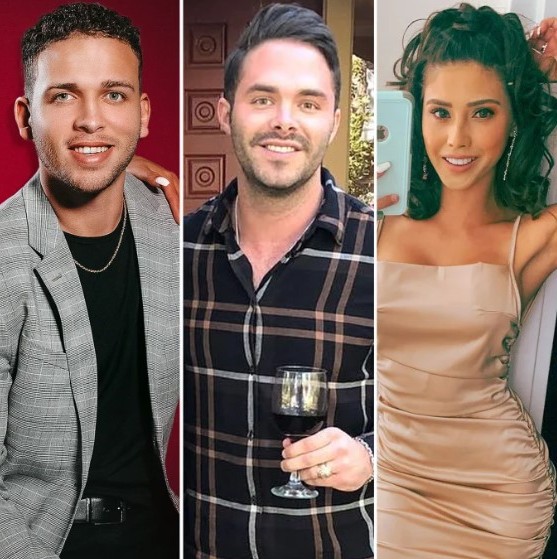 She’s found her mate! April Marie from Ultimatum introduced her new boyfriend to fans after she broke up with Jake Cunningham after a Netflix experiment.

The 23-year-old reality TV star officially announced her relationship with Cody Cooper on Instagram on Thursday, April 14, sharing a montage of the couple’s sweetest moments. “One day… you will meet someone. And they will make you realize… That there has never been anything wrong with you” ❤️ @cody.b.cooper,” she captioned the post, continuing to express her love for the real estate broker from Texas. .

The model called her beau “strong”, “passionate” and “persistent”, adding: “That’s why I fell in love with you from the very beginning, because I see so much of myself and who I want to become in you.”

In the romantic video, Cooper and Marie gathered on the PDA in different places and hugged while relaxing on the beach. “So thank you. For all the time you’ve been in my corner. For picking me up when I’m falling. For always being so gentle and respectful,” she wrote. “For always telling me how things were, and for always being so gentle in the way you communicate with me. For pushing me and helping me grow. For your daily confidence and for loving me SO UNCONDITIONALLY. For every laugh and memory (for example, for a broken leg on our second date)”.

In conclusion , Marie said: “I promise to repay you the same way you have always been to me. Thank you for coming into my life and showing me what LOVE is. ✨ Always love you, And ❤️ “.

Cooper shared the same sweet tribute via his social media account, reflecting on the early days of his romance with Marie. “It’s only been 6 months, and it seems like a lifetime,” he wrote on Thursday. “We traveled the world together, spent holidays/birthdays with family, lived together and much more in a short period of time. On top of that, when I was worried about the reality show… but now that it’s aired, I’m so proud that the world loves you almost as much as I do.””.

Viewers met Marie during the first season of Ultimatum, which was released on Netflix earlier this month. She entered the series with 27-year-old Cunningham, and the couple swapped partners with other contestants to see what it was like to be with someone else before deciding whether to marry their soulmate. While some couples successfully completed the experiment, Marie and Cunningham abandoned it.

Cunningham initially hesitated to participate in a reality show and struck up a relationship with another participant Ray Williams. “I was open and honest with April. She hasn’t been with me that much,” he told us. “Ray and I were very respectful of the whole situation. Whatever it looks like, we didn’t have sex. The only thing we did was kiss. I slept in a separate bed for the first five days of the show. April did a lot more than I did.”

Although Cunningham wished his ex “all the best,” he stated: “I don’t want to have anything to do with her in [now].” Marie, for her part, had previously hinted at her promising romance before Cooper’s Instagram debut.

“I wouldn’t waste my time with anyone I don’t see myself with in the long term,” she told us exclusively. “So, I adore this person 1000 percent. And I am very happy.”

Kim Kardashian Shares Tbt Photo Where She Looks The Same As...